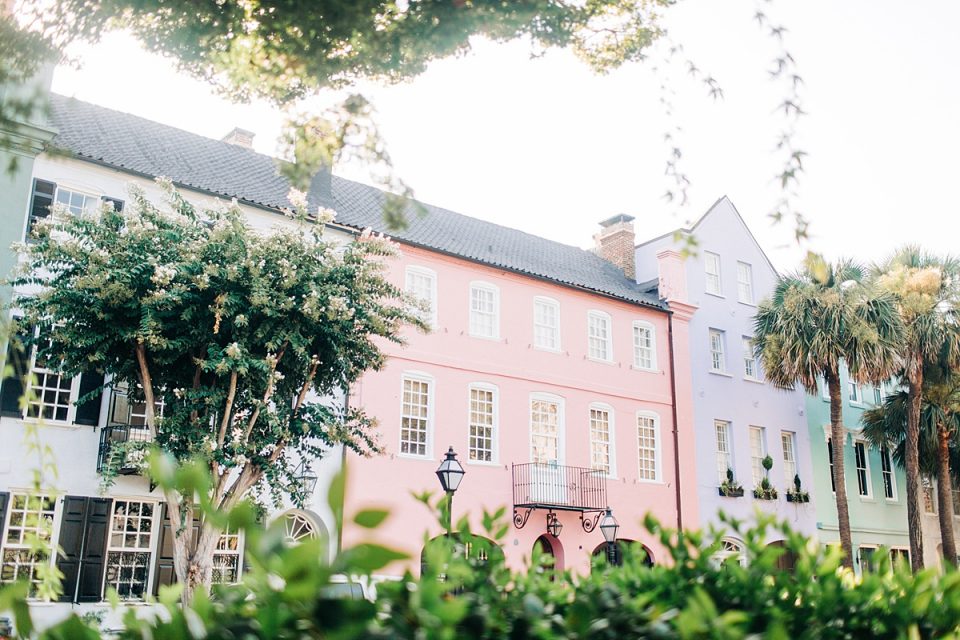 When you think of Charleston, Rainbow Row is probably one of the first things that come to mind. The iconic colorful houses make up the foundation of the colorful, coastal aesthetic that is the Holy City. But how much do you actually know about Rainbow Row? Beyond its pretty colors and Instagram opportunities, Rainbow Row has a history that’s just as colorful as its houses. This guide to the Rainbow Row will help you get the most out of your next trip to this stretch of quintessential Charleston architecture. 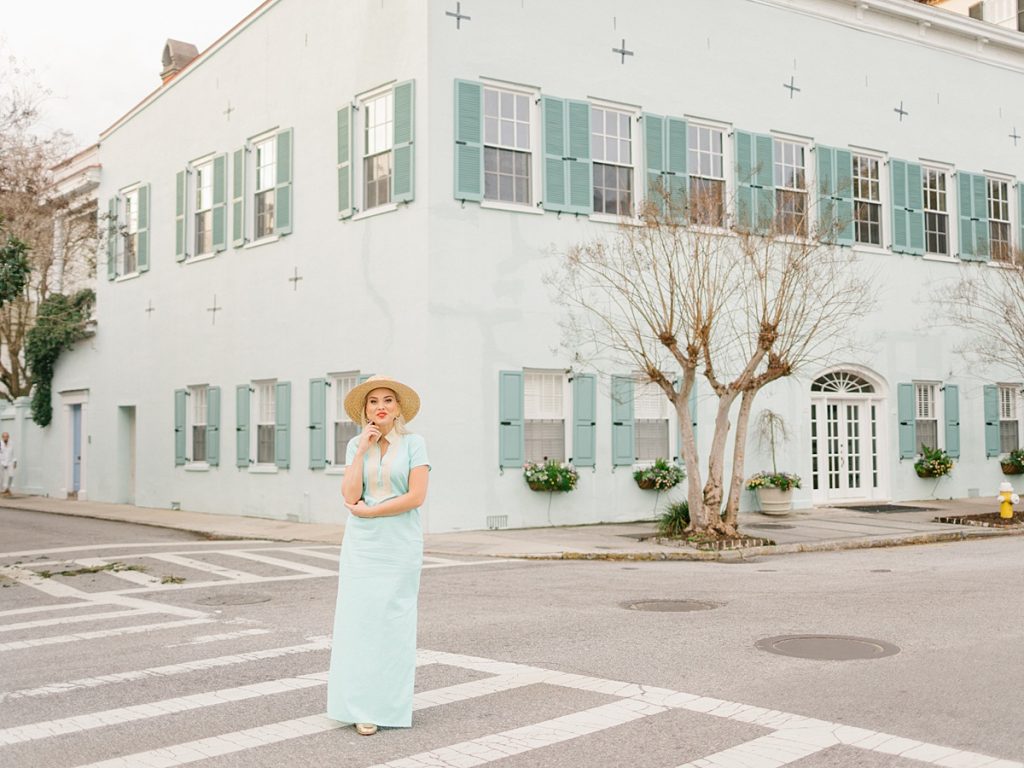 What is Rainbow Row?

Rainbow Row is a nickname given to a stretch of 13 colorful houses in Charleston. Located along the waterfront, Rainbow Row is smack dab in the heart of Charleston’s historic downtown area. The row lines the west side of East Bay Street, right across from the Battery. On any given day, you can see tourists and locals alike marveling at the Georgian houses and lining up to take photos in front of the beautifully painted facades. 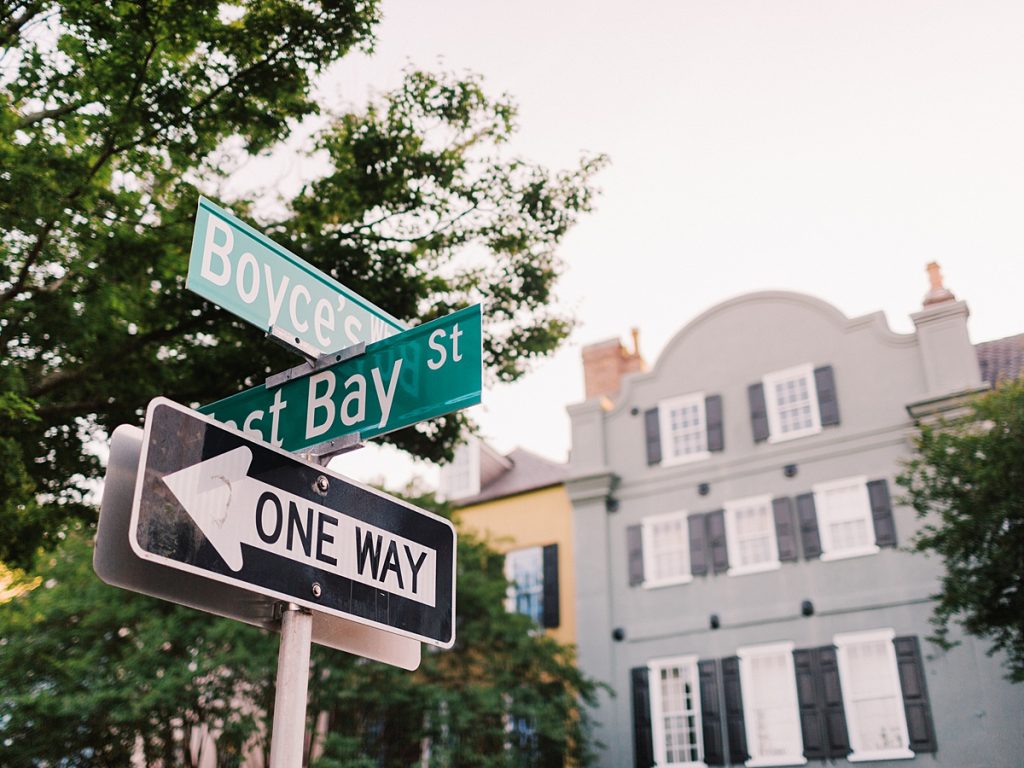 Where is Rainbow Row?

You can find Rainbow Row yourself on the west side of East Bay Street, between Tradd Street and Elliot Street. It’s in an area known as South of Broad Street and is pretty near the Waterfront Park, where another one of Charleston’s iconic gems, The Pineapple Fountain, sits. To plug the destination into your GPS, start at 83 East Bay Street, Charleston, S.C. 29401. 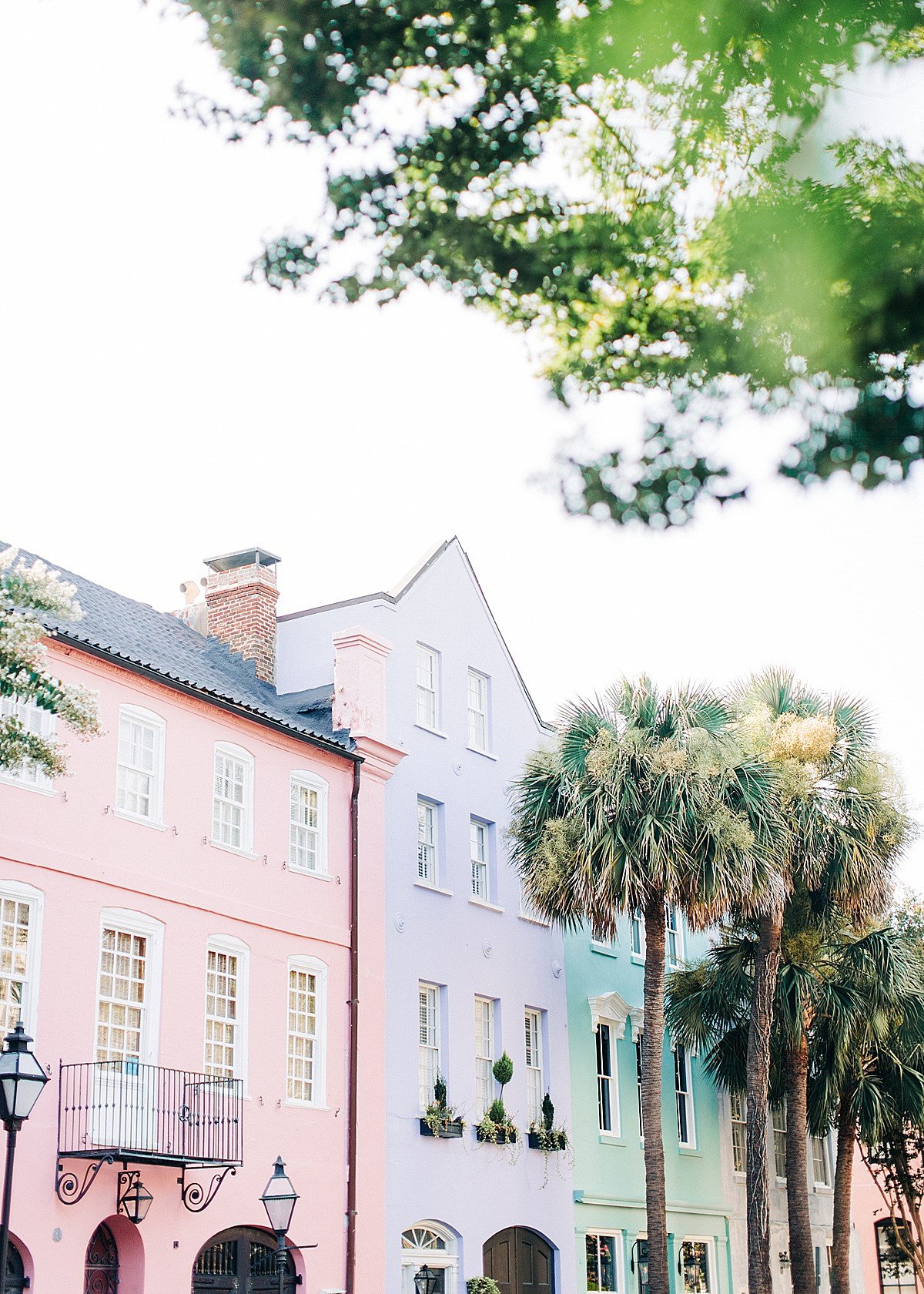 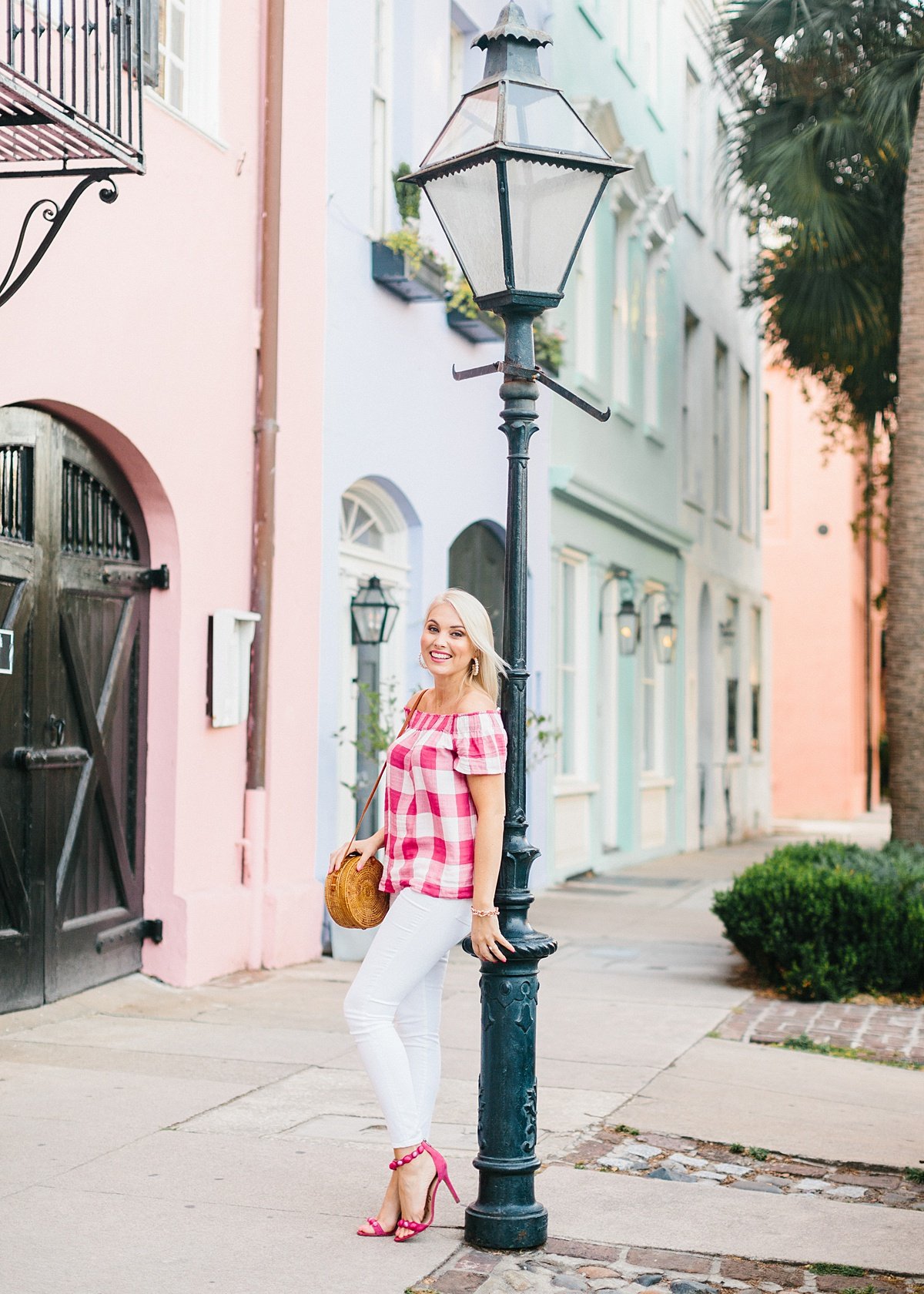 Did you know that the houses of Rainbow Row weren’t always sporting their pastel paints? The historic homes were originally built in the mid-1700s with shops on the ground floor and living quarters above. Over time, the houses became rather run-down until Dorothy Porcher Legge purchased the section of houses that would become Rainbow Row in 1931. It was Dorothy who first painted the houses pastel pink. Soon other residents followed suit and over time, the section of East Bay Street was full of rainbow-painted homes.

There are many common speculations as to the specific reasons for the paint colors. One is the Dorothy Legge wanted a colonial Caribbean color scheme. The light colors on the exterior of the houses might have also helped to keep the interiors cool during the hot summers. Other tales suggest the bright colors would help intoxicated sailors remember where to go home at night, or that the stores were color-coded for easier identification. 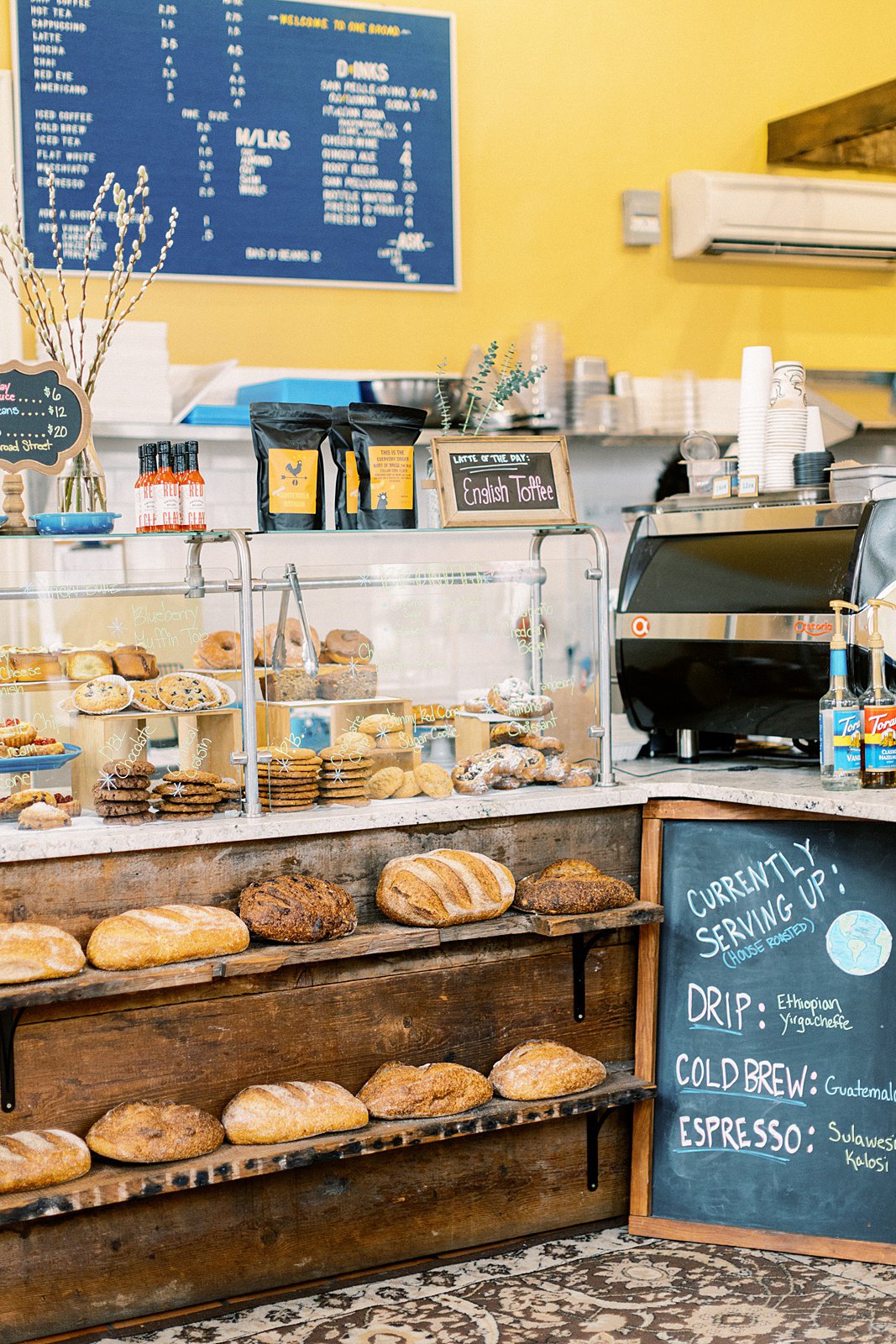 Where to Eat Near East Bay Street

Located in downtown Charleston on the waterfront, Rainbow Row is also surrounded by some of the best restaurants and cafes in the Holy City. Once you’ve explored the area, take a break in any of these eateries to refuel!

The Rainbow Row homes run from 79 to 107 East Bay Street and, while each is privately owned, the city ordinances are in place to keep their pastel colors intact.

This two-part house sits at the Southern end of Rainbow Row, on the corner of Tradd Street and East Bay Street. House 79 was built in 1845 and is actually the newest building in the row. 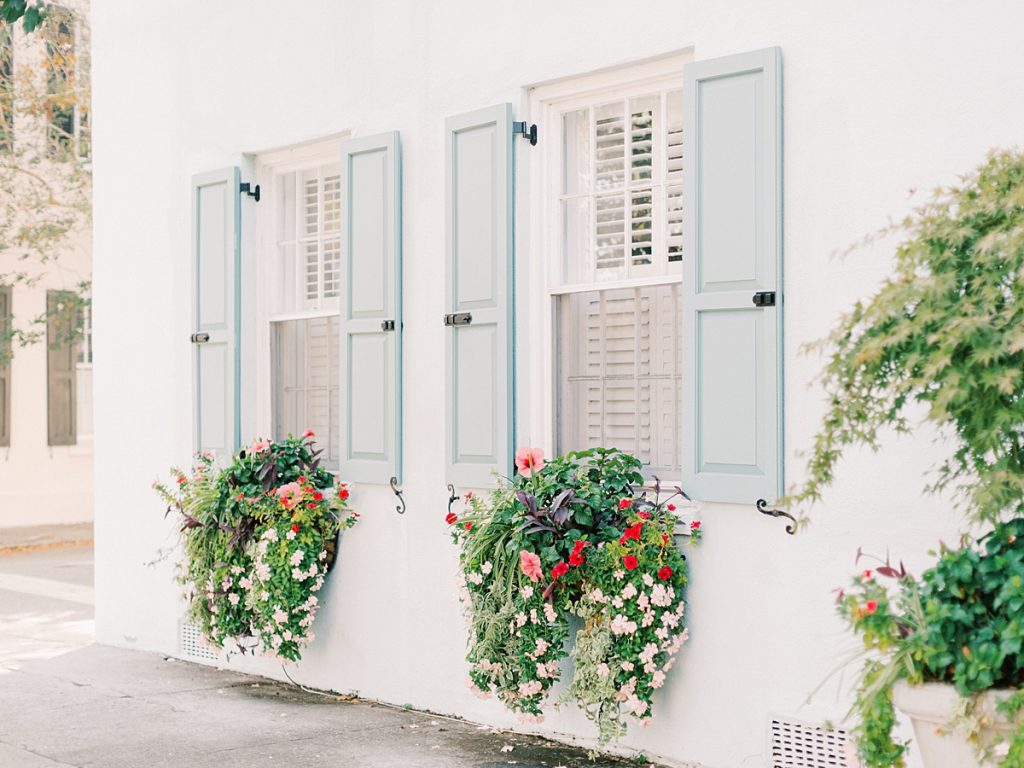 House Number 83 is also known as the William Stone House. It was built in 1784 by a merchant who returned to England during the Revolutionary War. A balcony was added during its 1941 renovation.

House Number 85 was one of the last buildings to be restored in the 20th century. Louise Graves purchased and restored the house as a residence in 1944. 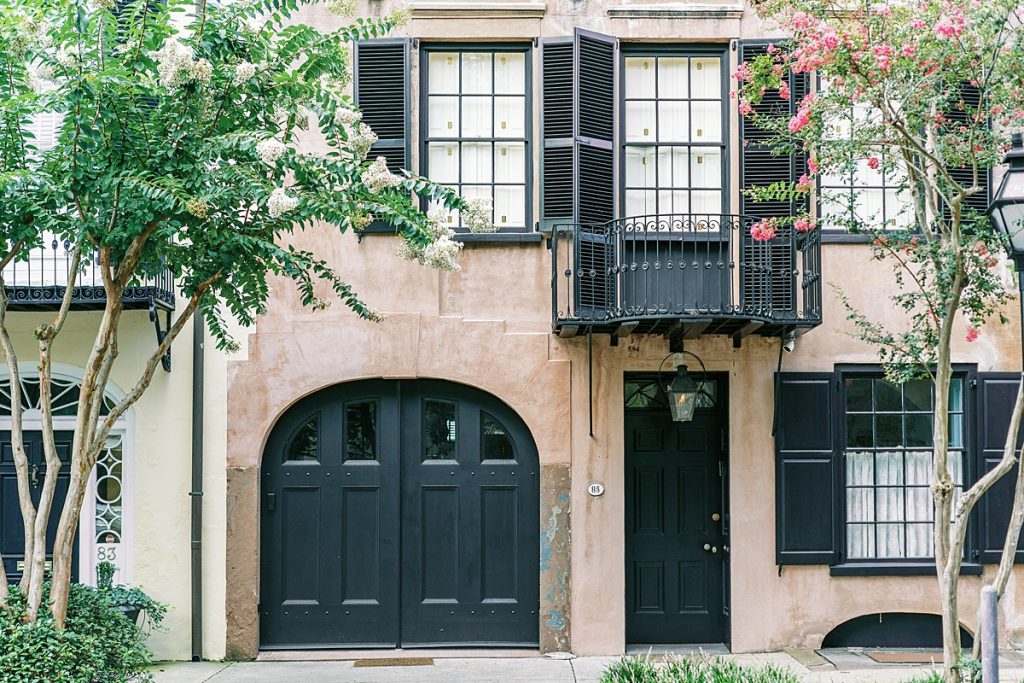 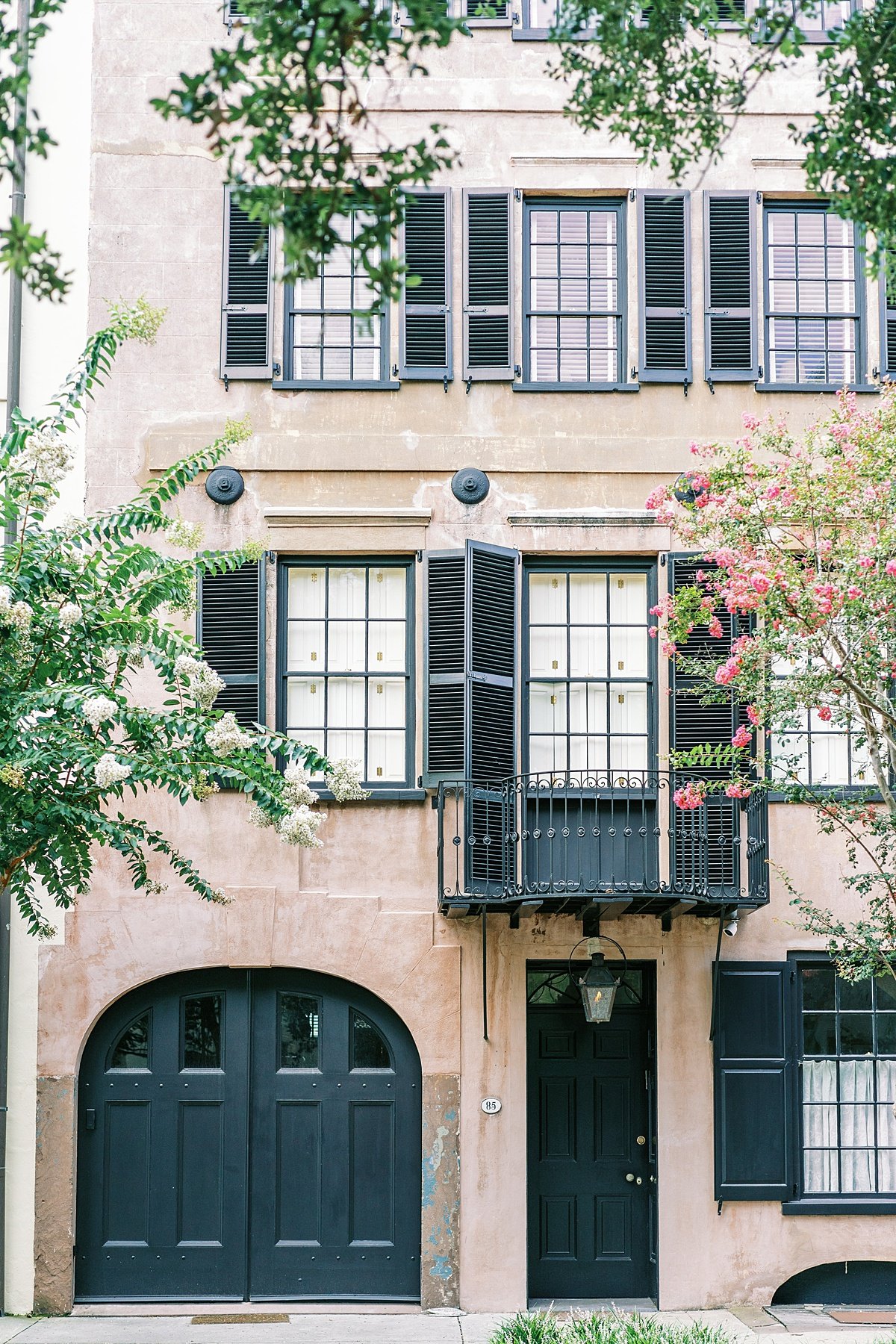 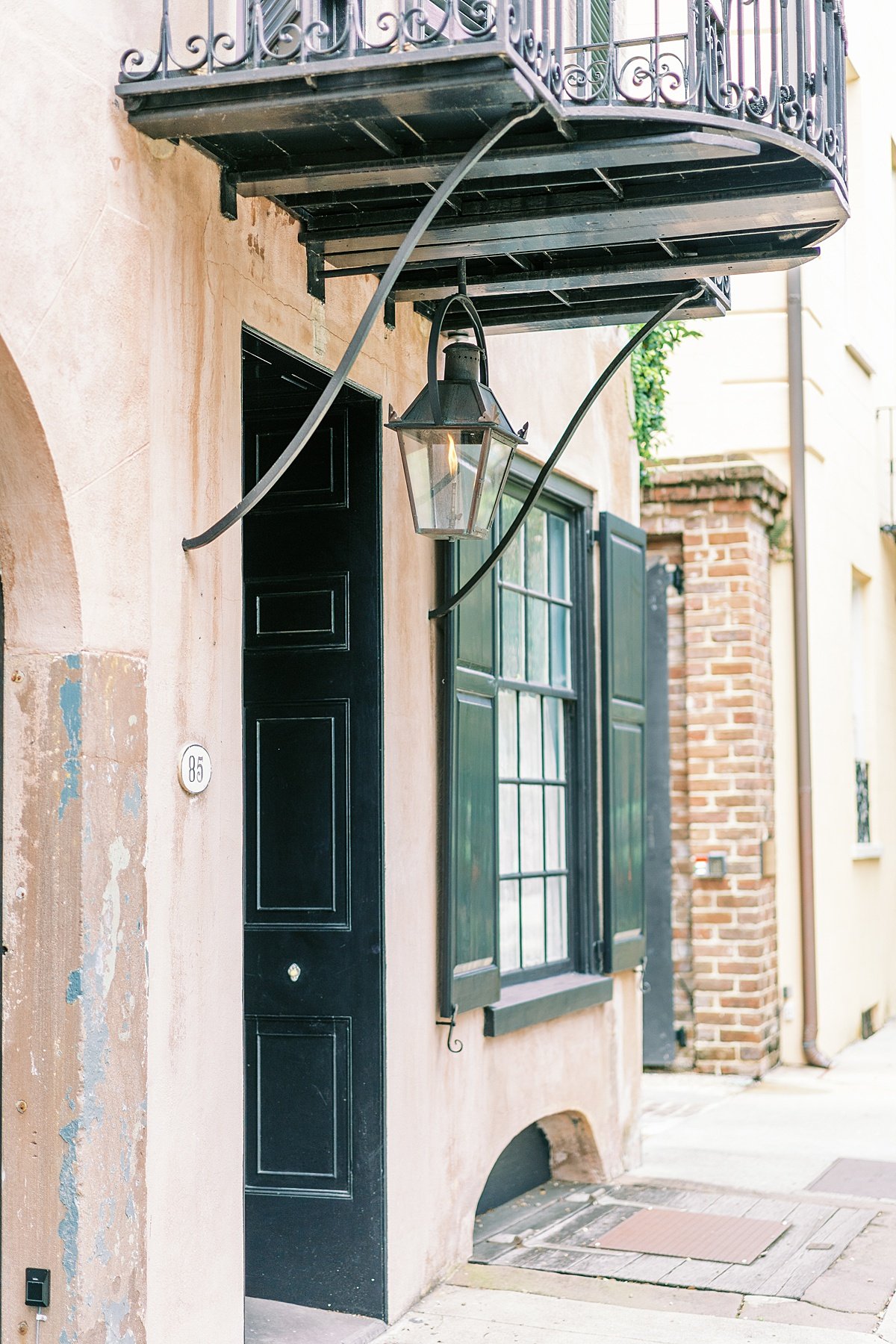 House Number 87 is also known as the James Gordon House, after the Scottish merchant who purchased the land and built this home after the original burned down in 1778. The house still has its original windows and stucco from 1792.

House Number 89 is also called the Deas-Tunno House. What makes it unique from the other homes on Rainbow Row is that it has a side yard separating it from the adjacent home, Number 87. The garden is screened by a wall with a balustrade. You can see the garden through the intricate ironwork gate in the wall. 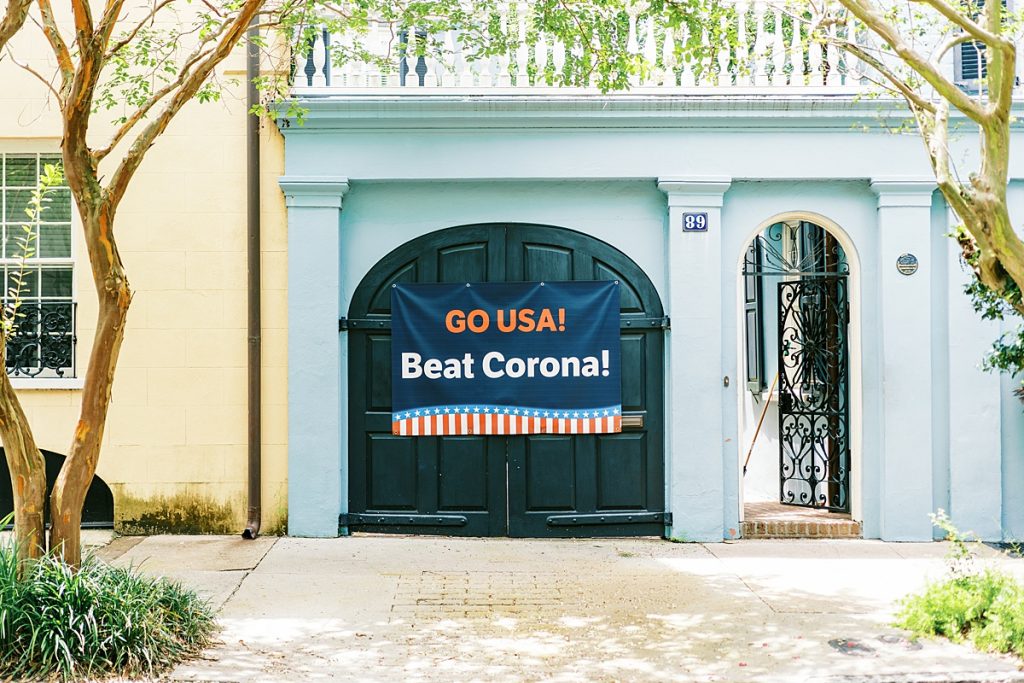 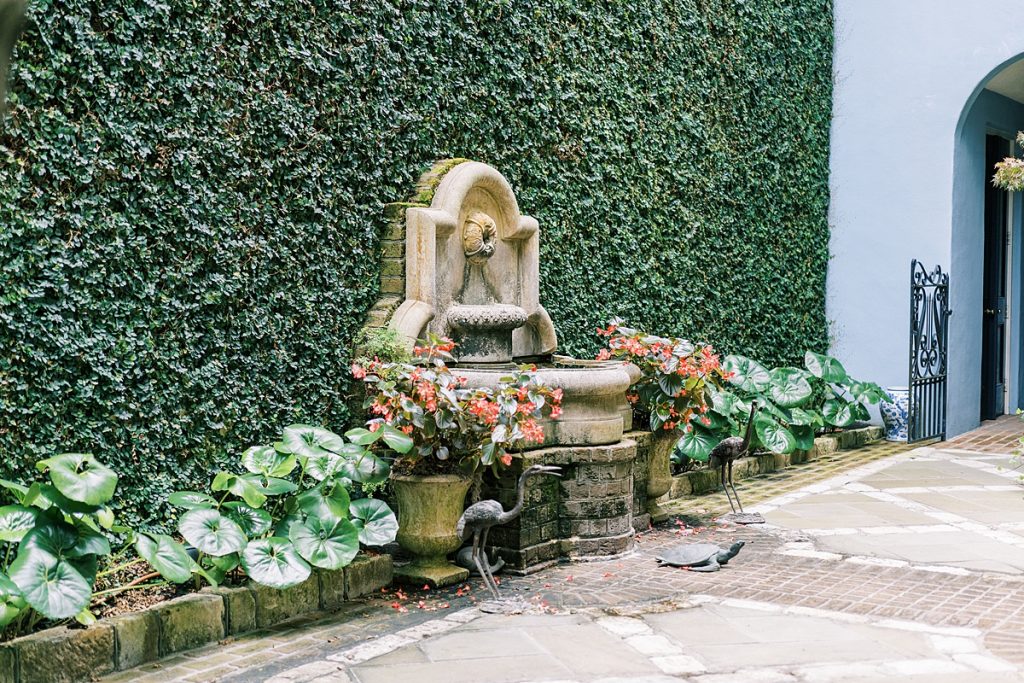 House Number 93 is the James Cook House. This bright yellow house was built in 1778 and during its renovation, it acquired a drawing room and a library on the second floor.

The green house at Number 95 has played host to several important historical figures. The home was owned by Charles Cotesworth Pinckney in 1779 and later restored by playwright John McGowan in 1938.

All three of these houses were owned by Colonel Othniel Beale in the 18th century. During the mid-1900s, the double-house at Numbers 99-101 was purchased by Dorothy Legge and painted pink, marking the beginning of Rainbow Row.

House Number 103 is also known as the John Dulles House. The home was built by an ancestor of John Foster Dulles, former Secretary of State under President Eisenhower.

House Number 105 is called the Dutarque-Guida House, after its two primary owners. Originally built by Lewis Dutarque in 1778, the house was eventually bought by Italian immigrant Giovanni Domenico Guida. Guida installed a Victorian iron storefront on the building and ran a grocery out of the building until the 1960s. It’s the only building on Rainbow Row that still has its Victorian storefront. 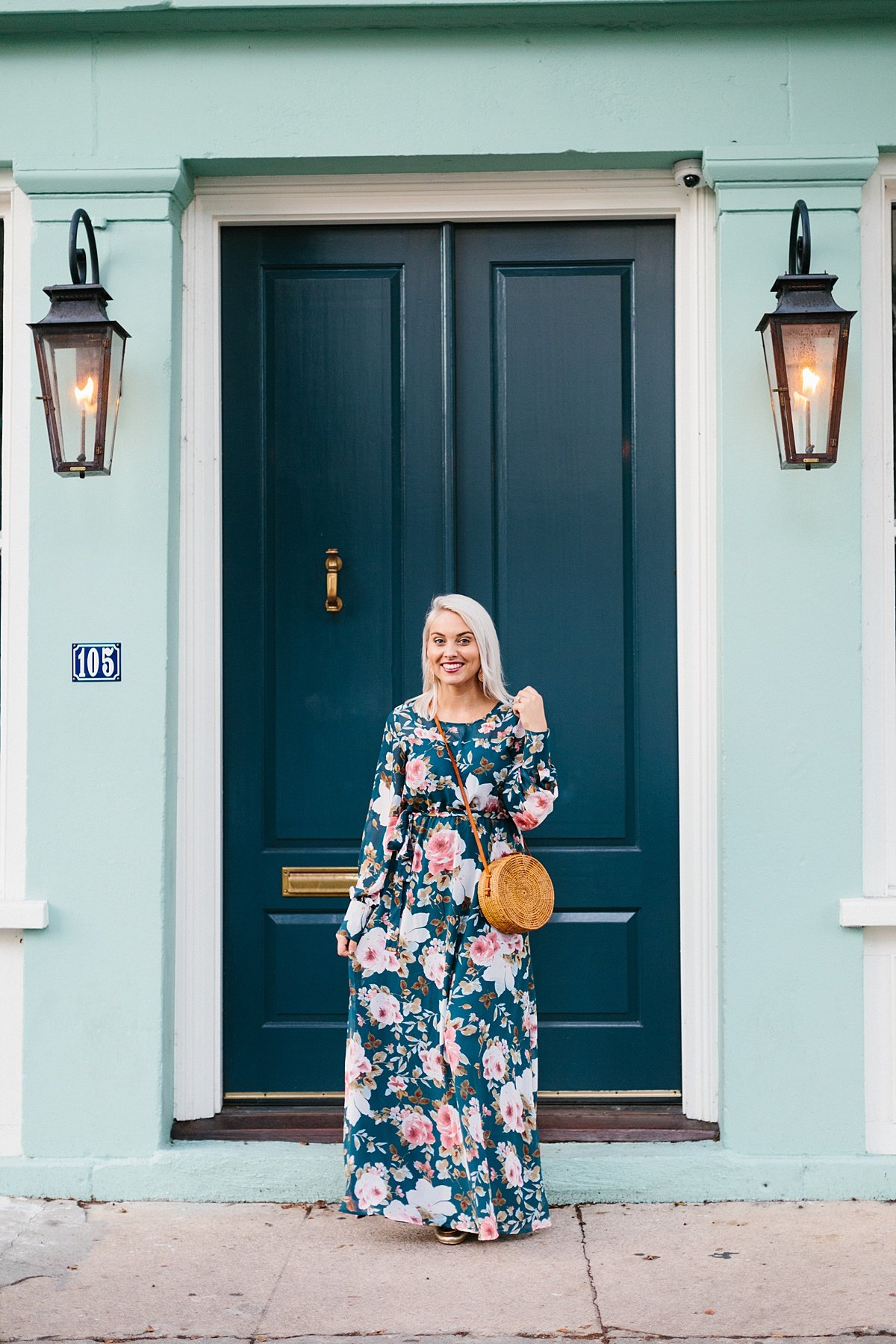 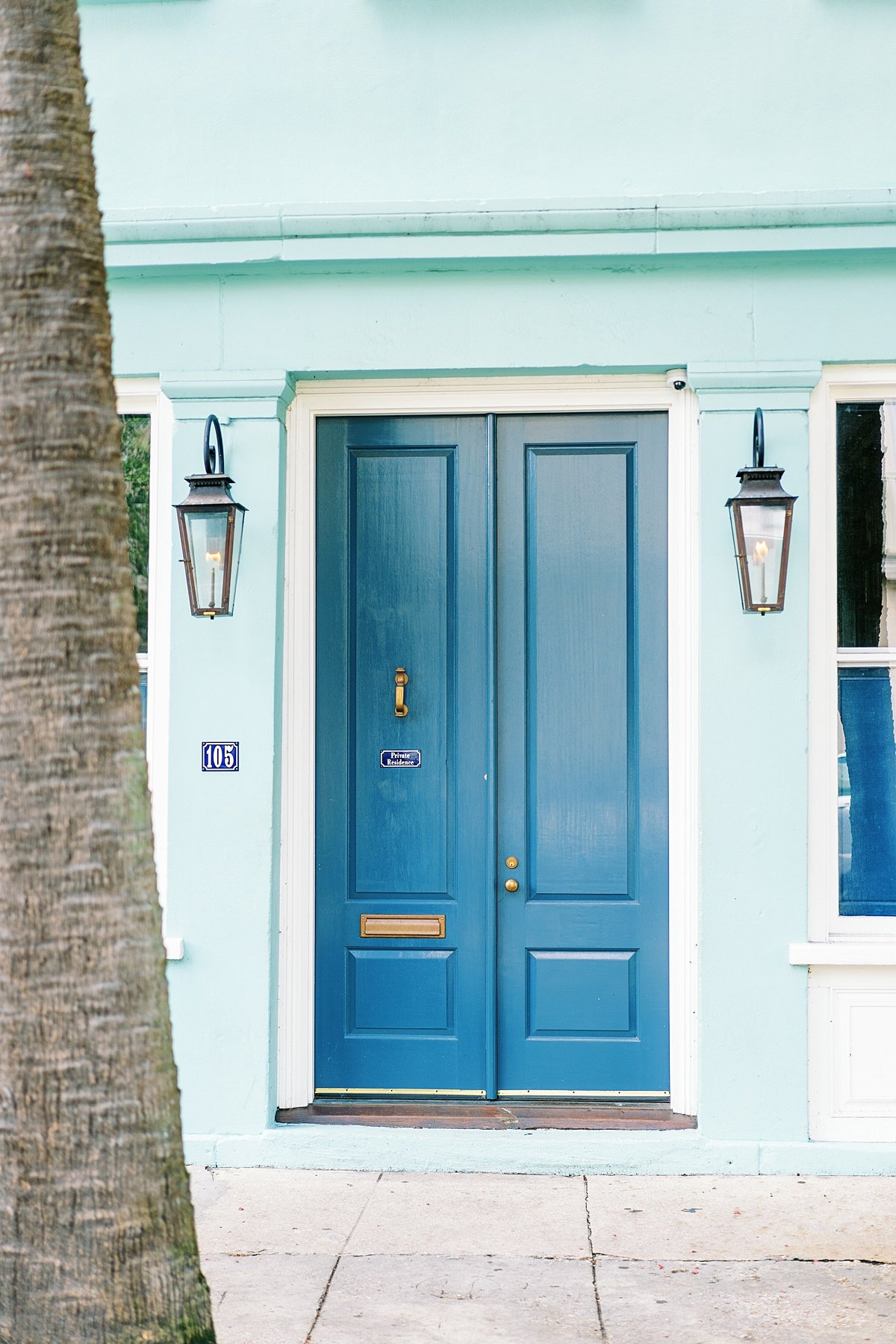 House Number 107 is the last house on Rainbow Row, on the corner of Elliot Street and East Bay Street. Throughout its history, the building has undergone so many renovations that the original configuration is no longer recognizable, but its gorgeous facade still stands as a landmark to the row of houses. 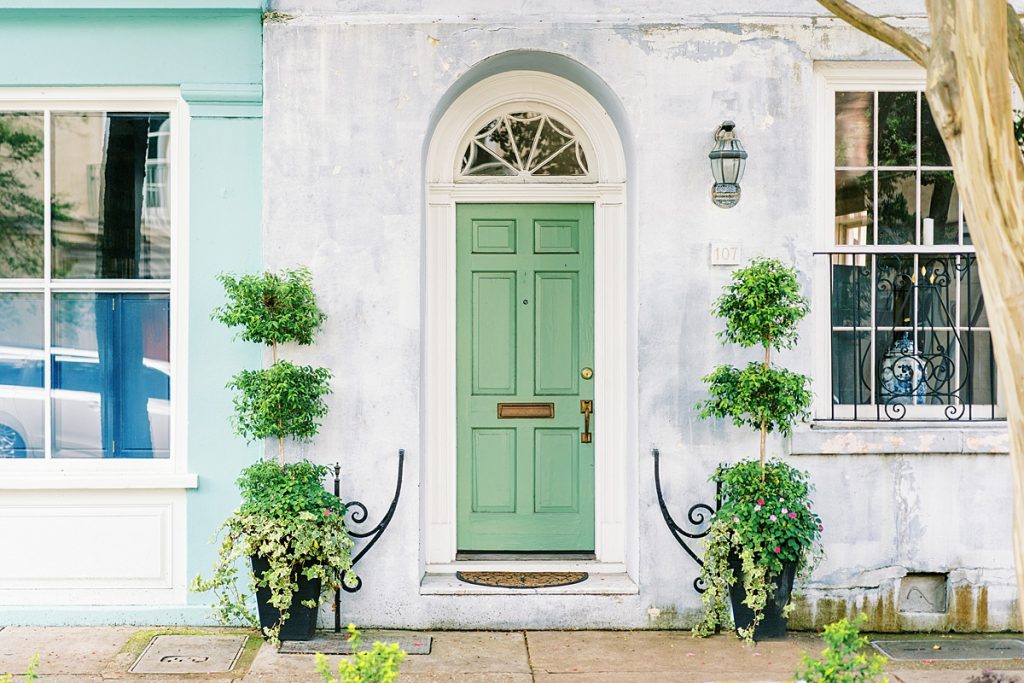 Although all the residences on Rainbow Row are privately owned, a city ordinance requires the owners to keep the original pastel colors intact, making sure to preserve this historic section of Charleston for future generations to admire and enjoy. Whether you’re a history buff, architecture enthusiast, or just a Charleston tourist looking for those iconic colors, you’ll be sure to enjoy the wonder of Rainbow Row. Pick your favorite color and snap a pic, or maybe even find inspiration for your next home project; you certainly wouldn’t be the first!