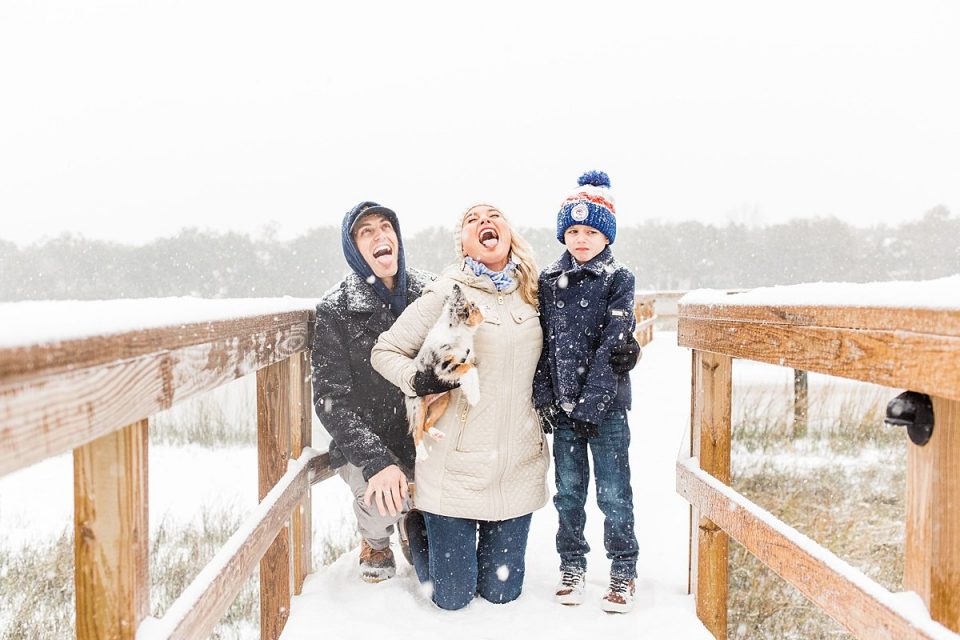 As 2018 reaches its final days, I was thinking about some of my favorite memories from the year. The rare snowy week in Charleston definitely topped my list. On January 3, 2018, the Holy City was blanketed by its first substantial snowfall in years.

Once the first snow flurry was spotted, Southern snow lovers (like myself) began to rejoice. Snow in Charleston, South Carolina is rare! There have been just three major snow events in the past 40 years. And once the flurries started, they didn’t stop! Y’all there was SO MUCH SNOW! Charleston Airport measured 5.3 inches of snow, the 3rd greatest daily snowfall on record, just 0.1 inches shy of the 5.4 inches that fell during the 1973 storm. This made it the snowiest January on record at Charleston Airport.

The Holy City was snowed in! The snow and ice shut down more than a dozen bridges and halted all flights at the Charleston International Airport. We were stuck on James Island and it was magical. Luckily our sweet neighbor, Kailee Dimeglio, is an incredible photographer and wanted to grab some quick photos on our snow-covered dock.

The snow was a thrilling departure from our normal winter weather. People grabbed whatever they could find — cardboard boxes, cookie sheets, boogie boards— and went sledding. We built a real snowman, had a snowball fight, and sat in front of our crackling fireplace as we watched the fluffy flakes fall outside our window. Our pups pranced through the fresh powder. We didn’t have glove or mittens so we covered our hands with socks. I found an old Buffalo Bills snow hat my dad gave me as a kid and let Harper wear it for the week. Everything looked so magical and pretty. We might not get another storm like this for decades. I know it is a memory we will never forget. I secretly hope we get another unexpected snowfall in 2019! 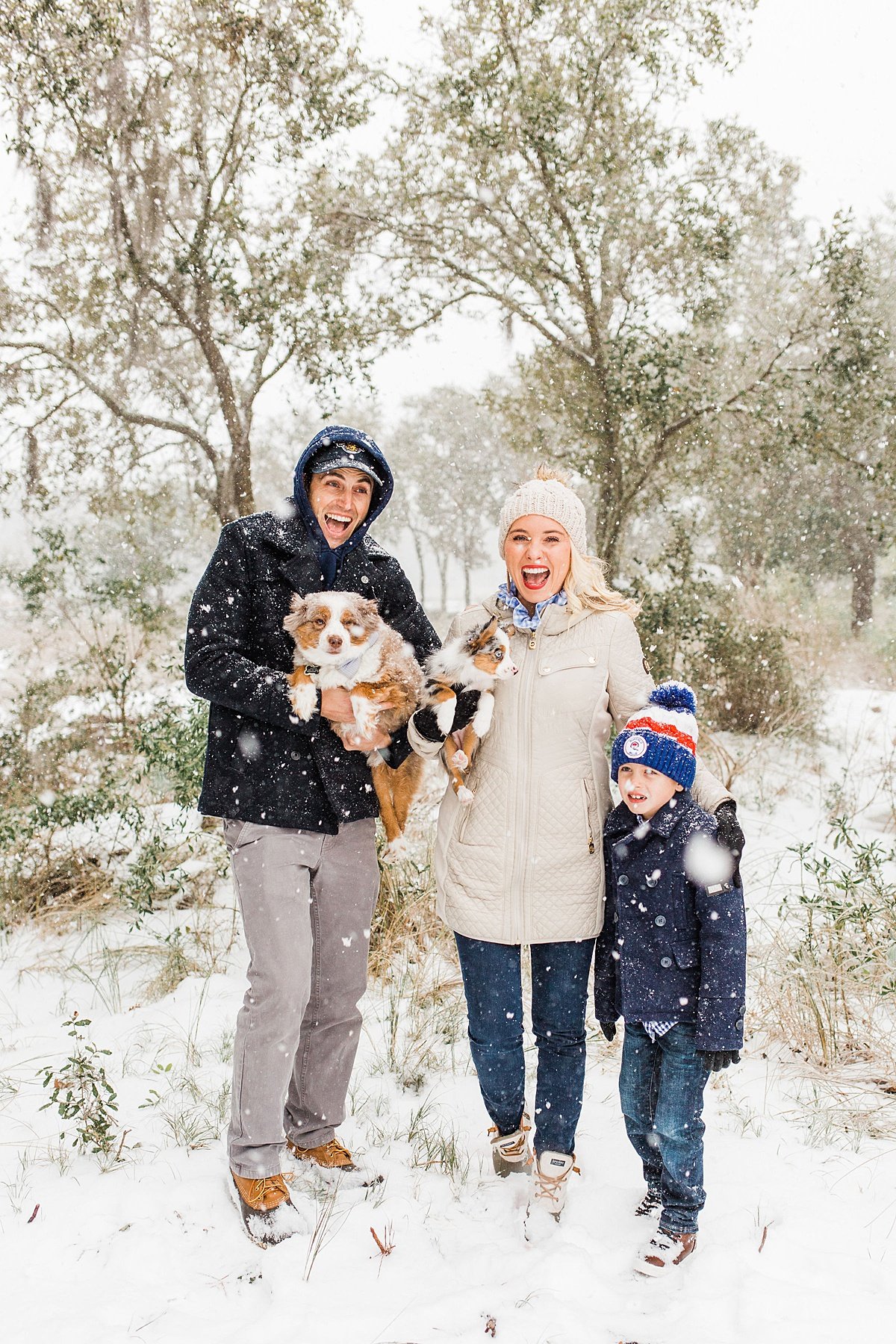 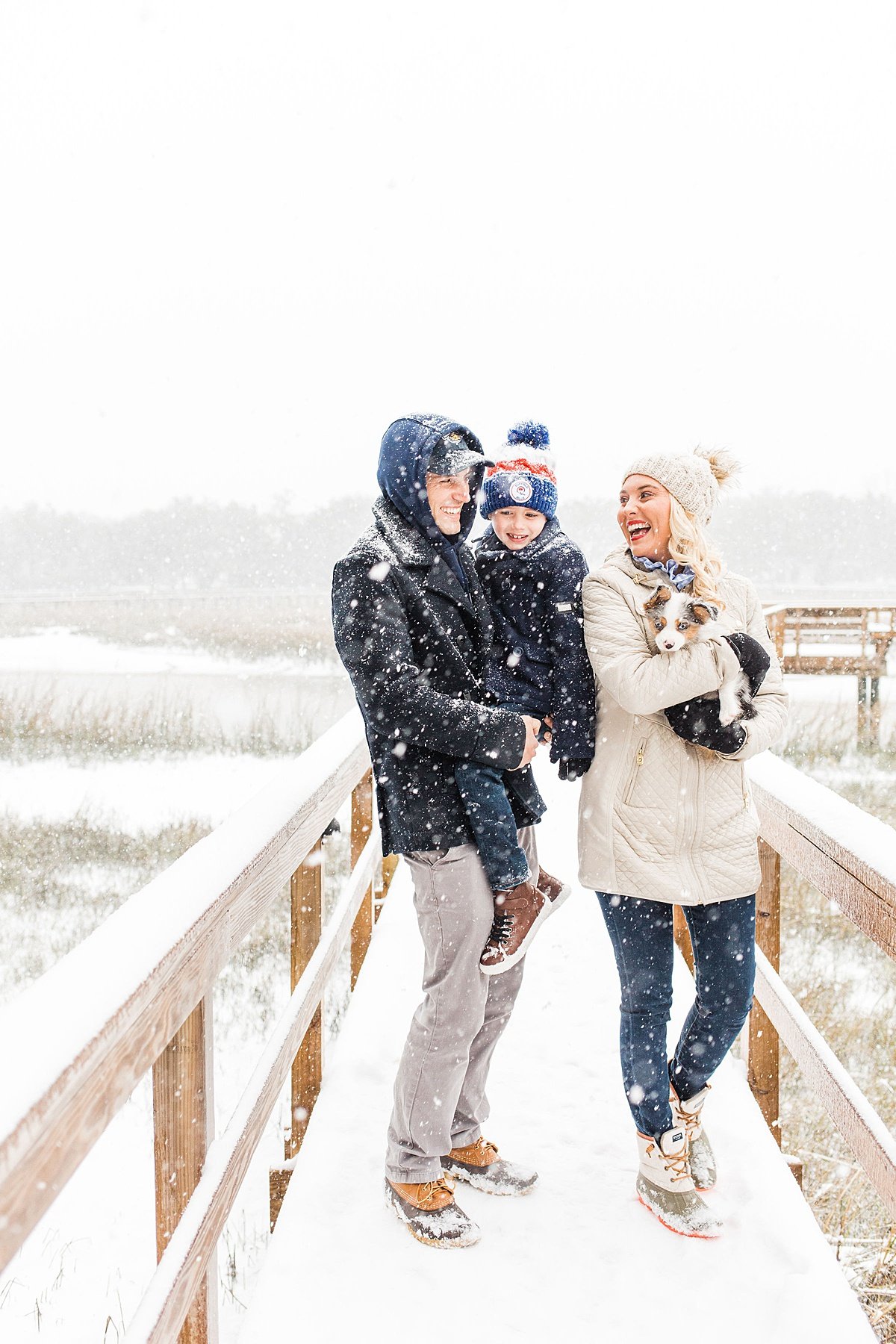 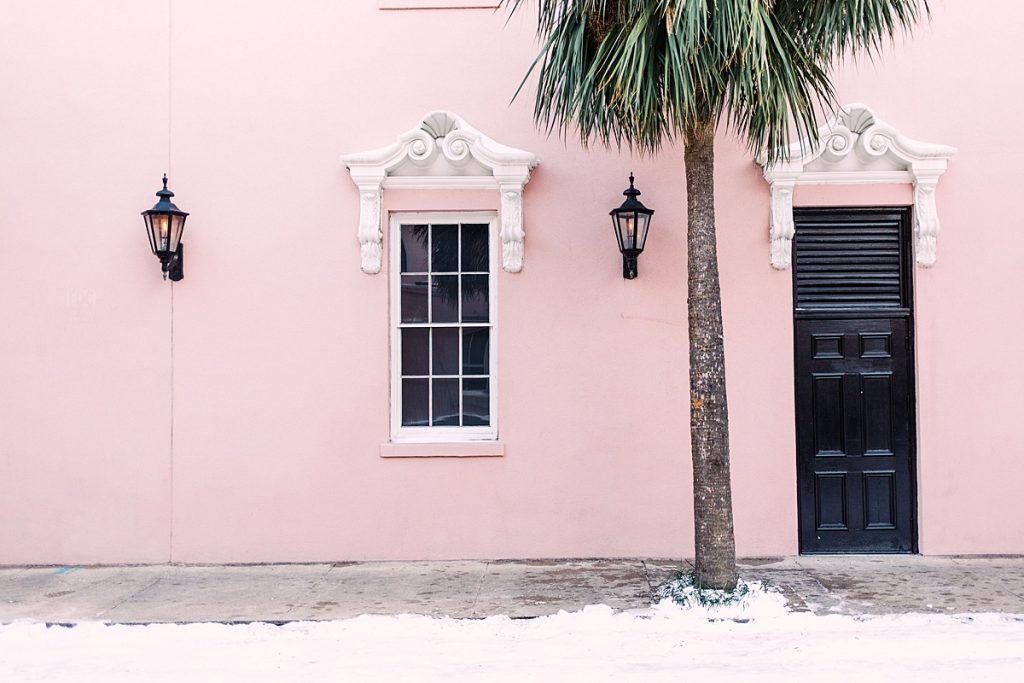 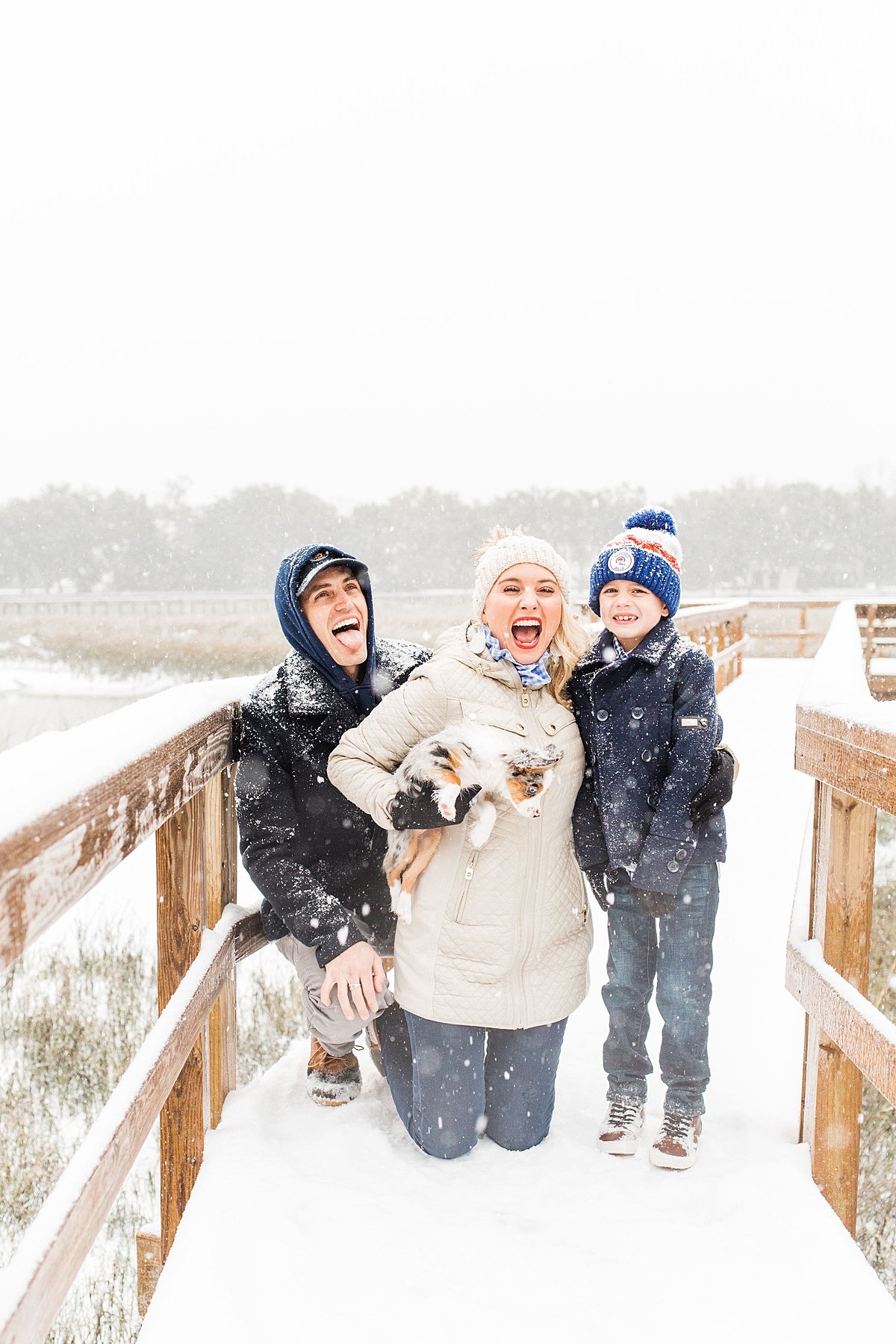 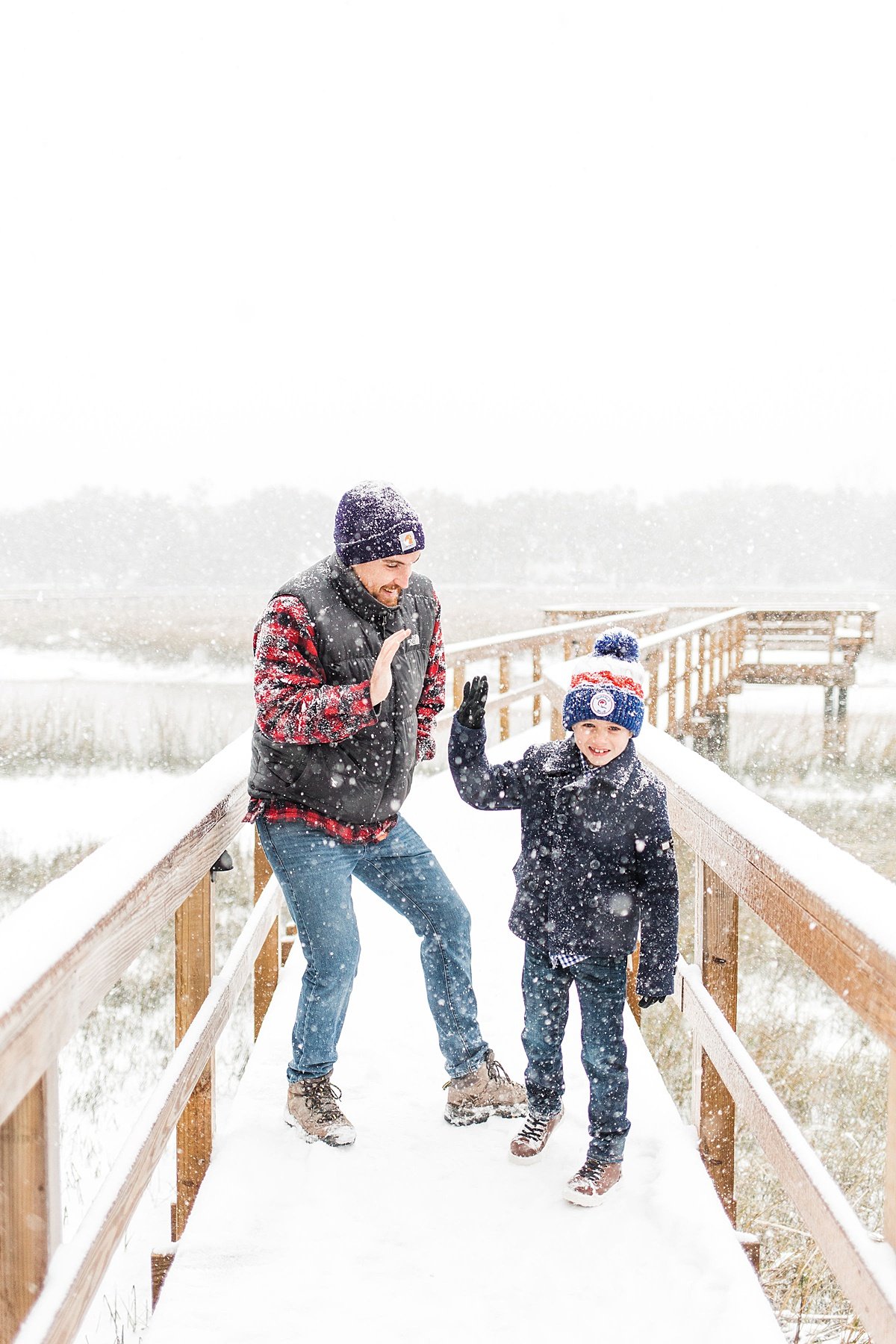 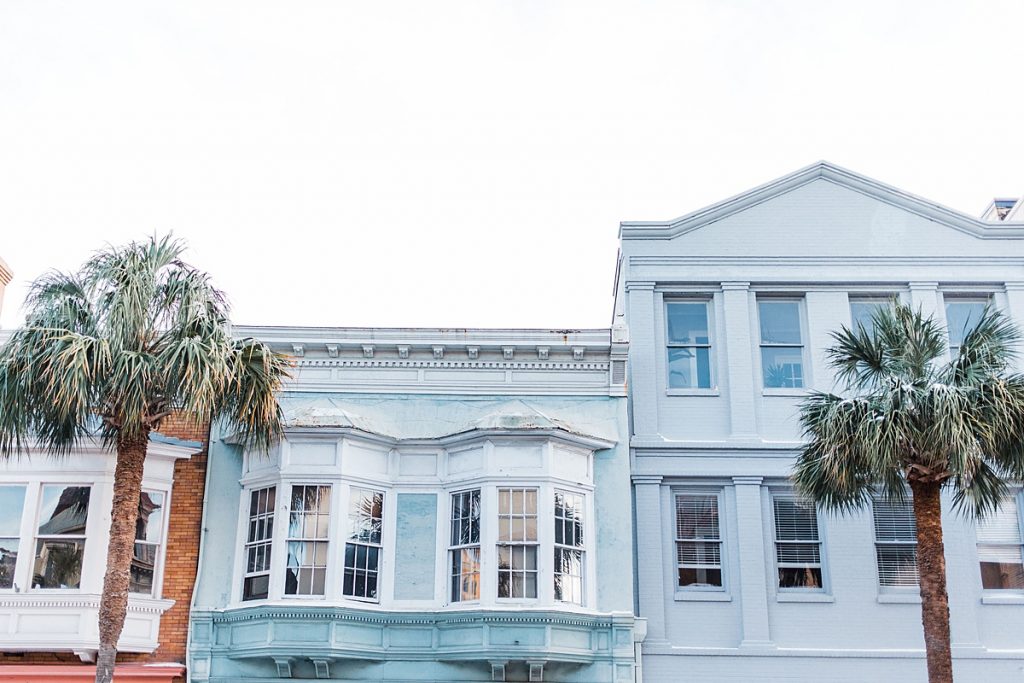 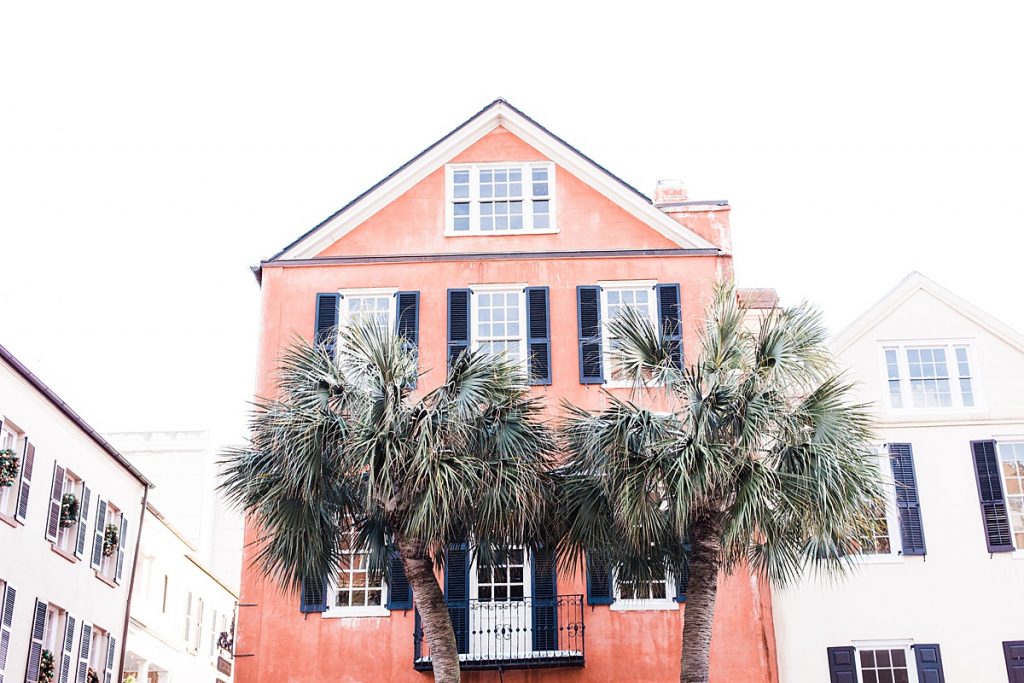