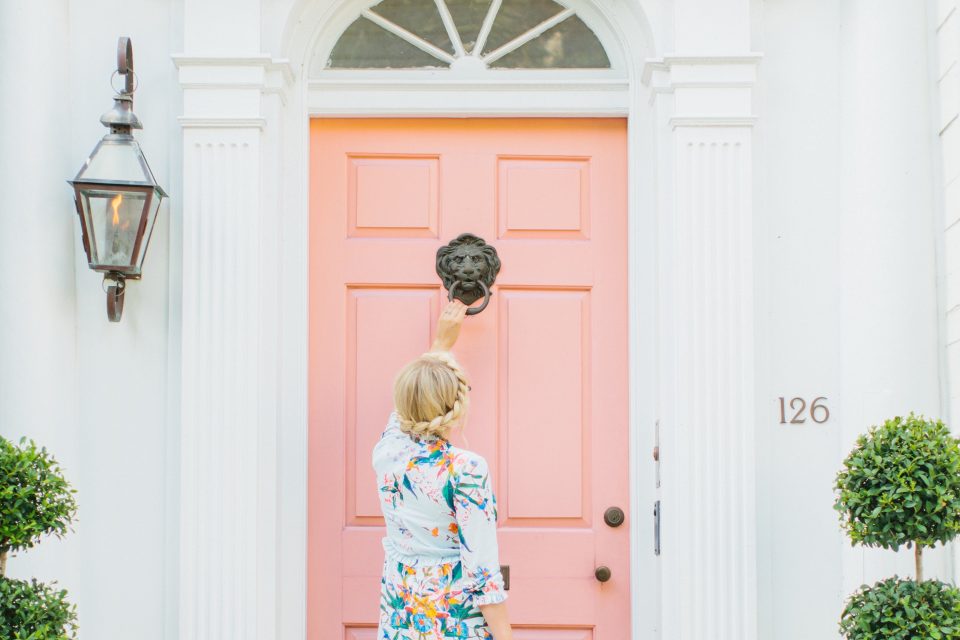 We all know the importance of curb appeal to complete the exterior look of a home, but how closely have you examined the details of your home’s exterior? The entryway, and especially the front door, can make such a huge statement and an impact on the first impression someone will have of your house, so why not make the most of it? Door knockers are an often overlooked finishing touch you can add to your door for a touch of personalization and charm. 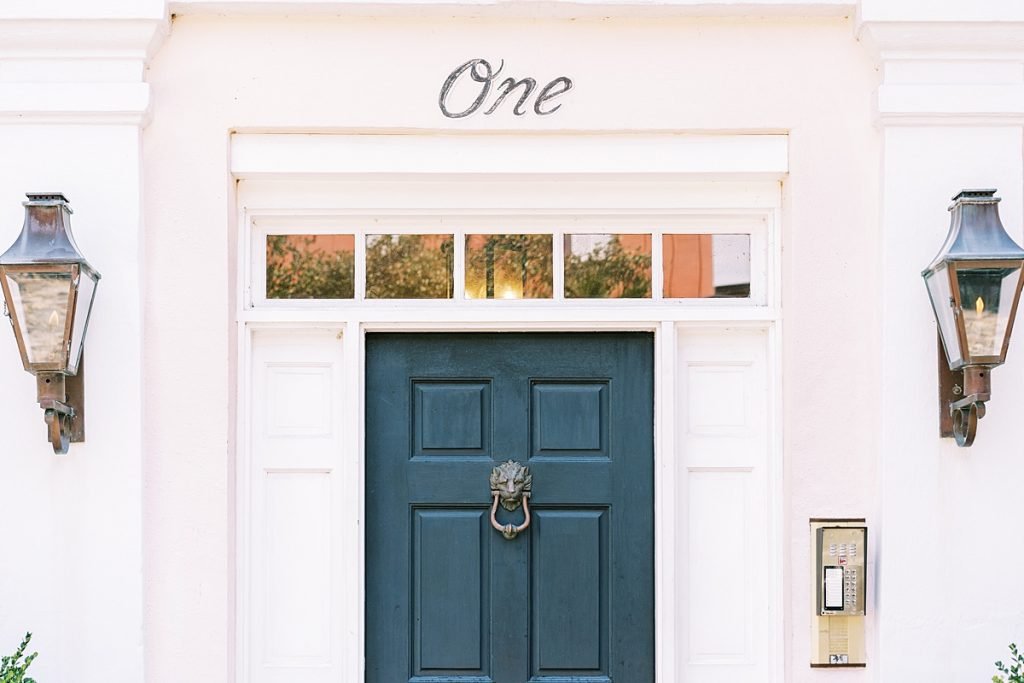 The history of door knockers is varied and long, evolving quickly from something of mere function to something serving a more decorative purpose. In ancient Greece, heavy rings with an iron backing plate were affixed to doors as a way of alerting servants to open the door. The tradition was quickly adopted by the Romans and spread across the empire.

Early door knockers were rather simple, though blacksmiths developed the ability to add decorative elements to the iron backing plates. Door knockers as decorative symbols exploded mainly in England. To this day, the door knocker plays key cultural roles, appearing in Charles Dicken’s A Christmas Carol and adorning the front door of 10 Downing Street, the prime minister’s residence.

Like many things in the past, the complexity of door knockers were correlated to the homeowner’s wealth. Certain symbols and materials were associated with wealth and social status. Iron was the most popular material up through the Georgian period, with most designs trending more simple. Brass eventually took over, and highly polished knockers shone from manor doors across the country. Door knockers offered an excellent opportunity to say something about the family who lived behind the door. Lions’ head door knockers became ubiquitous, as lions symbolized bravery and protection, as well as acting as a symbol of Britain.

Today, door knockers aren’t nearly as common. The development and use of doorbells and now video doorbell systems make the function of door knockers almost obsolete. However, they still have an incredible ability to make a statement with your front door.

Classic, ornate knockers and lions’ heads can still be found in door knocker styles today, but there’s also a wide selection of styles, from modern and geometric to incredibly personalized. Adding a door knocker to your door can elevate your entryway and bring back some of the past into your exterior decor. Whatever your style, here are some of my favorite door knockers and where you can buy them so you can adorn your own door!

When I was searching for a door knocker to put on the front door of my Charleston home, I knew I wanted to pay homage to my home state of South Carolina! The palmetto tree and crescent (not a moon!) that adorn the South Carolina state flag are so iconic. The crescent is a replication of an emblem on soldiers’ uniforms under the control of Colonel Moultrie, who fought off British forces from the palmetto-log built fortress off the coast of Charleston (now known as Fort Moultrie). The palmetto tree was added to commemorate this battle and stands as a symbol of liberty, as well as an instant image of home to South Carolinians. 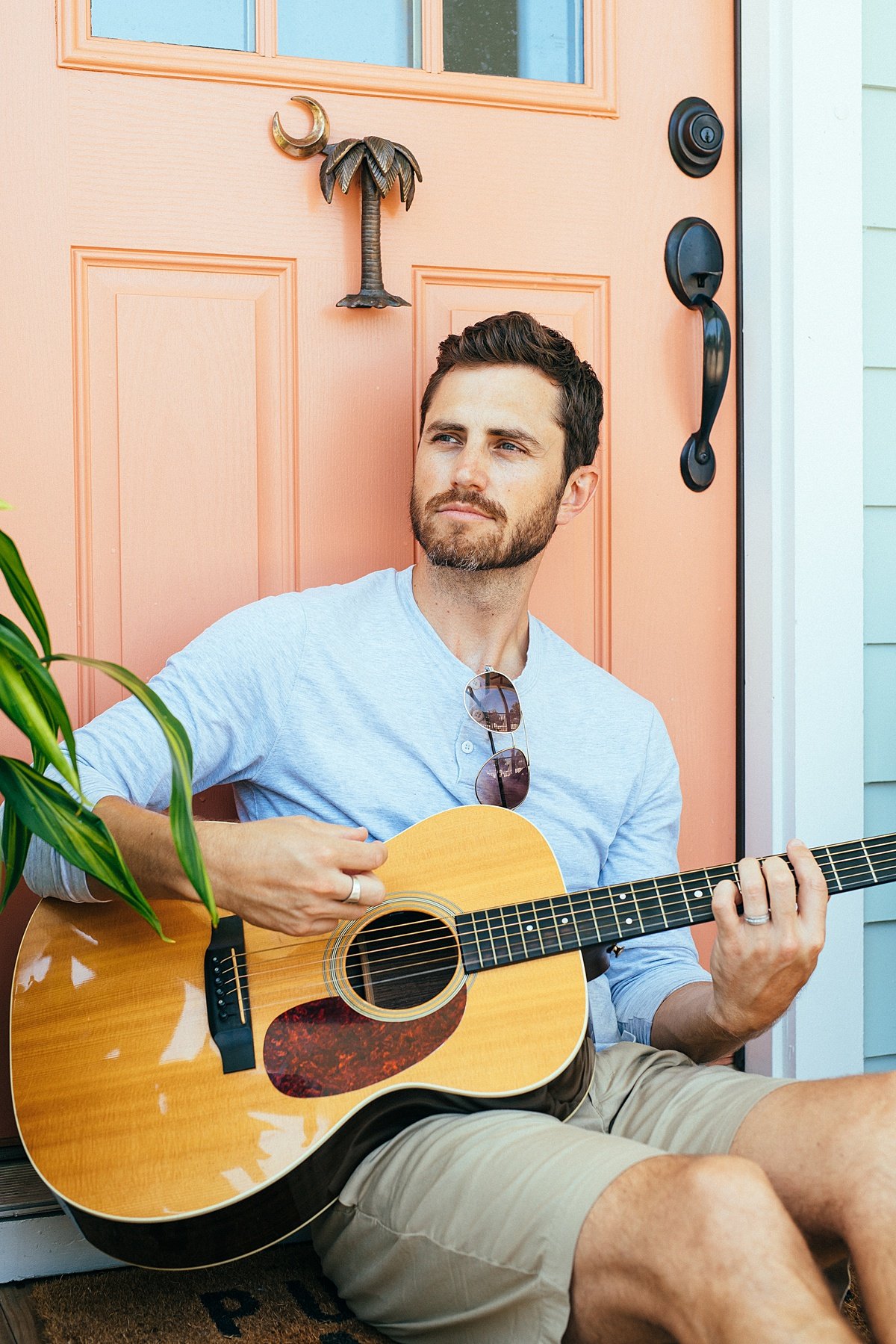 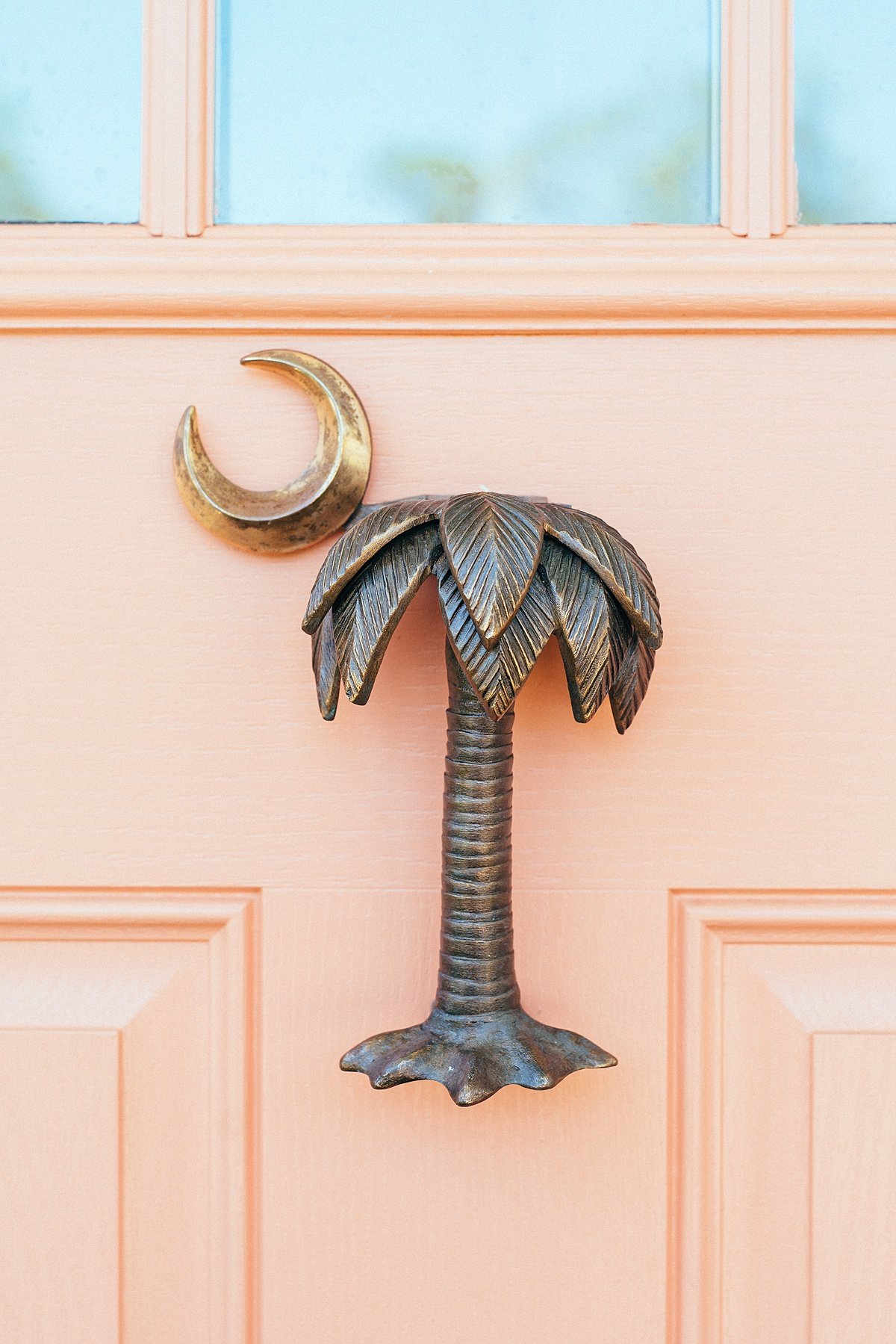 I adore this rose door knocker. It is the perfect addition to any Southern home. The multi-tiered petals and delicate striations in the brass make it a simple yet elegant door ornament. You can see similar types of magnolia door knockers all around Charleston, and it’s such fun take on the basic styles. It doesn’t get much more classic than a lion’s head door knocker! This Round Lion Door Knocker is on a bunch of doors throughout Charleston, and it’s so classy and timeless. More ornamental than a simple ring, a lion’s head door knocker makes a statement and conveys elegance to your humble front door. Best part? The Round Lion Door Knocker is also made by a local Charleston company! 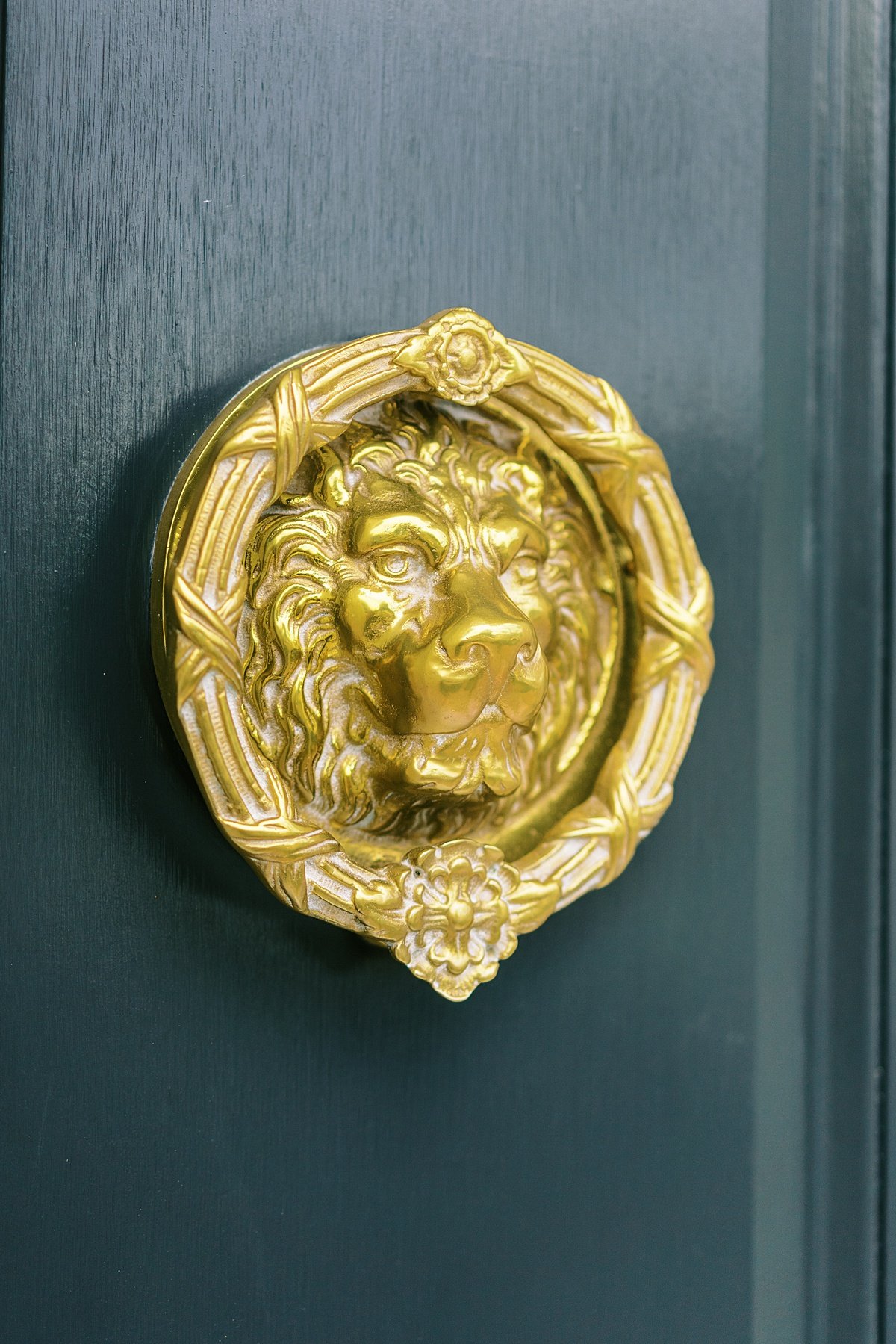 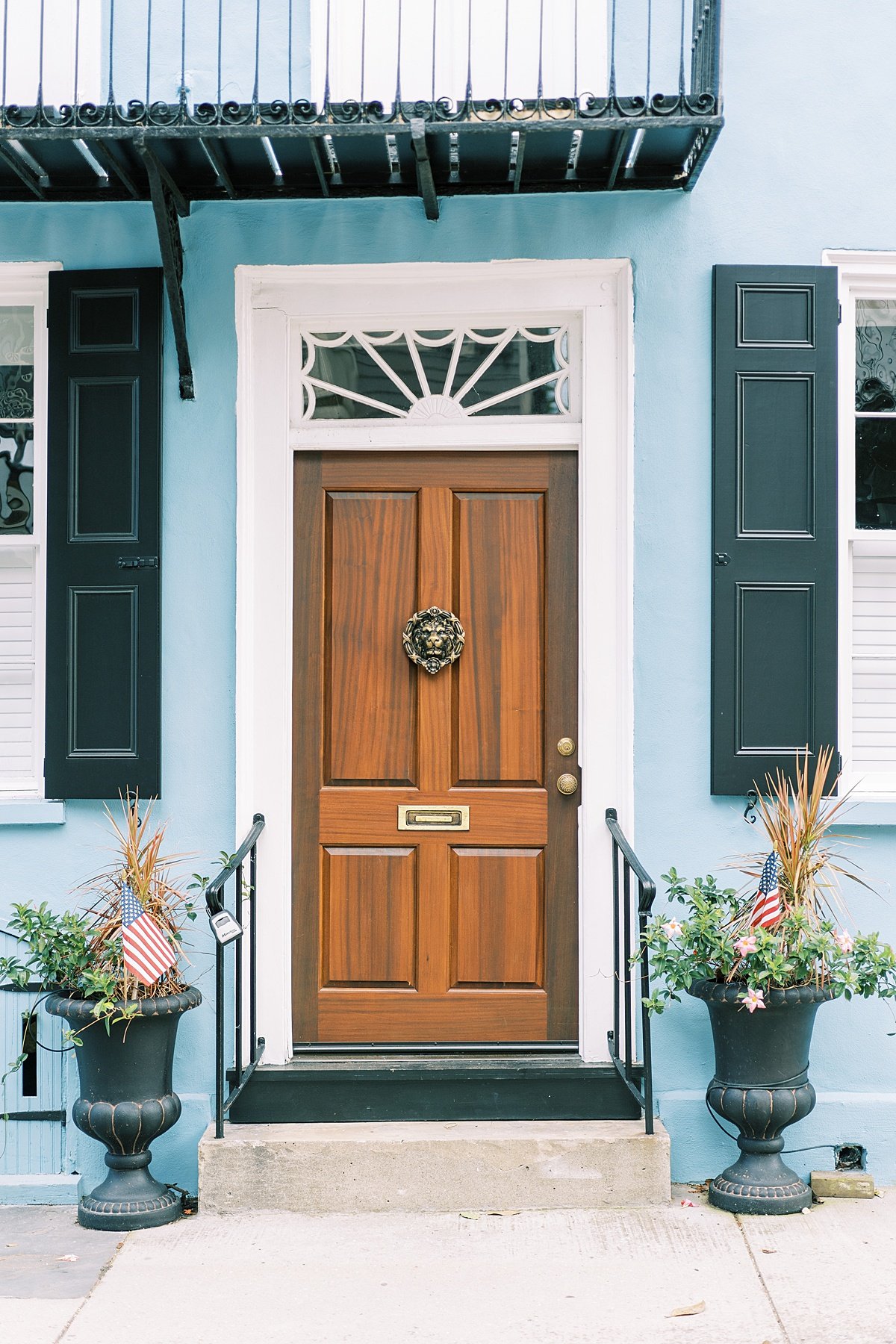 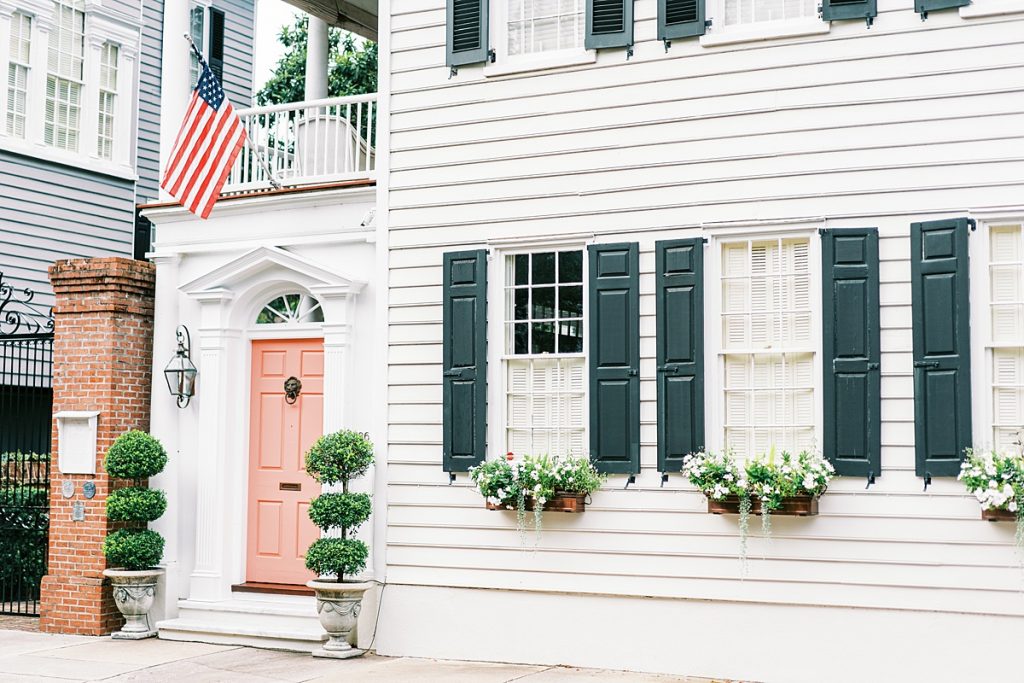 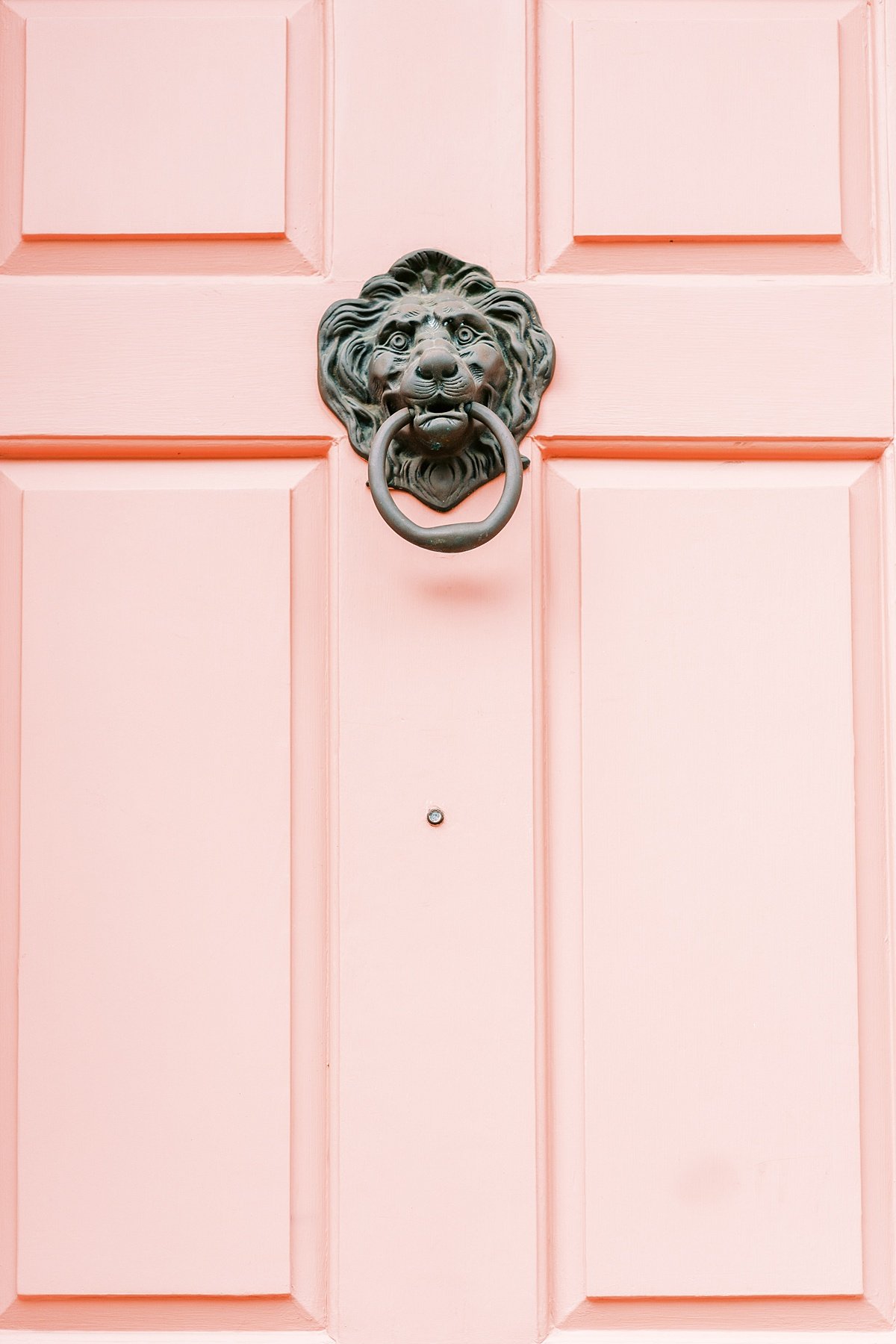 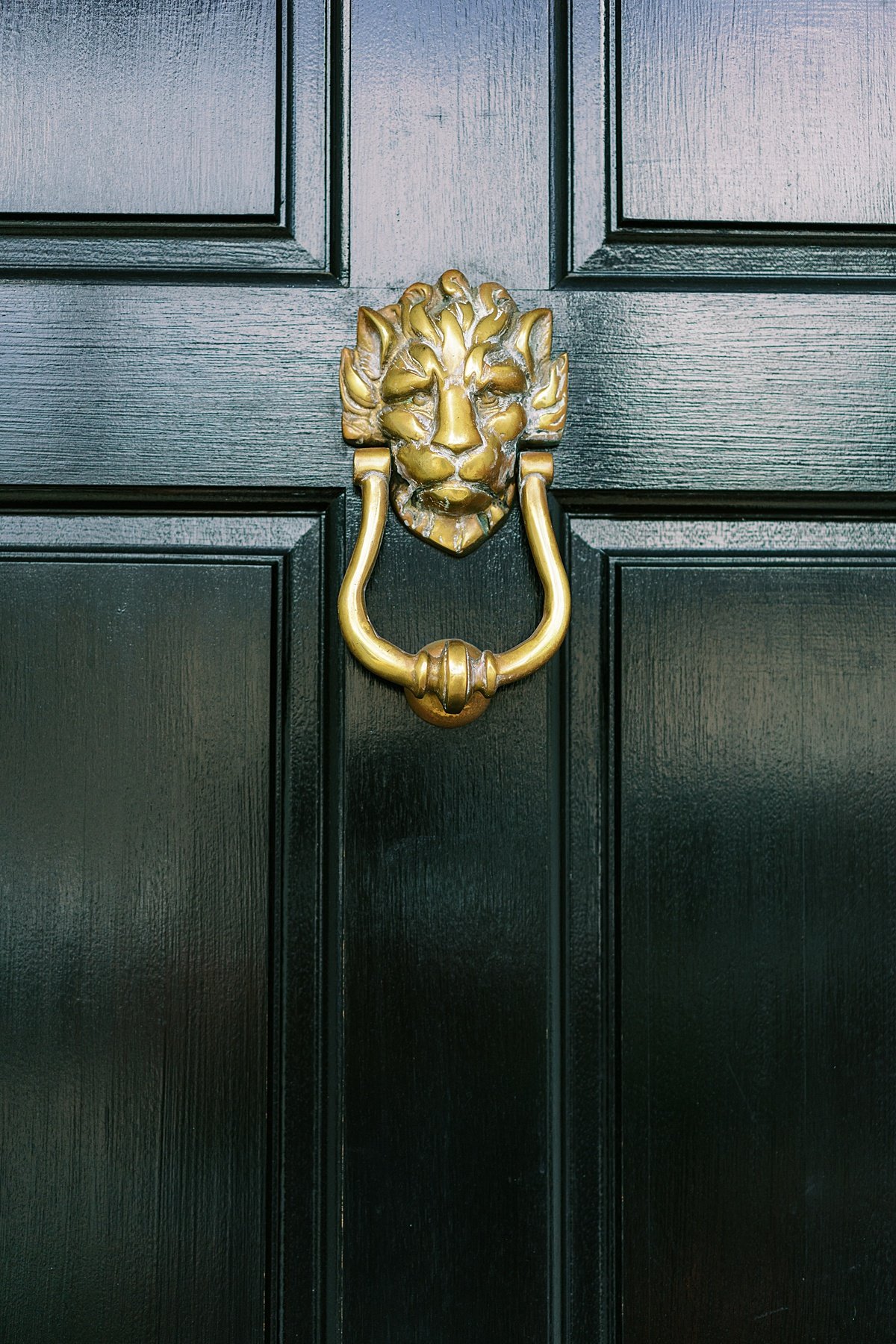 Of course, I couldn’t forget the iconic pineapple in this list! A symbol of hospitality, and most recognizable in Charleston’s Pineapple Fountain, the Pineapple Door Knocker is actually a perfect choice for a door knocker. What better way to communicate your welcoming personality to guests than a bright and shiny pineapple on your front door! I also love the texture on this pineapple, contrasted with the smoother brass of the leaves and top.

The second option is a brighter more simplistic pineapple door knocker which I really love! 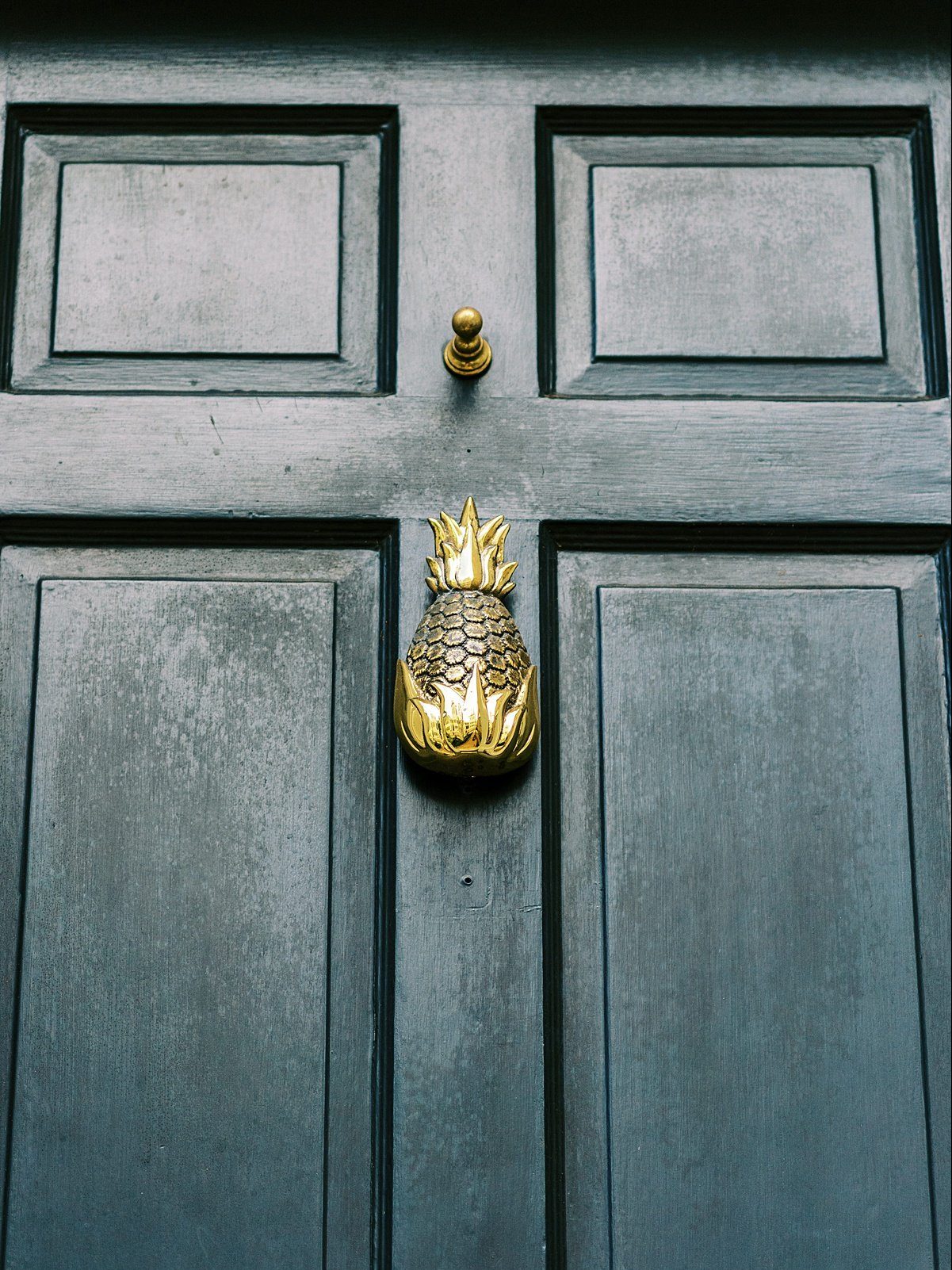 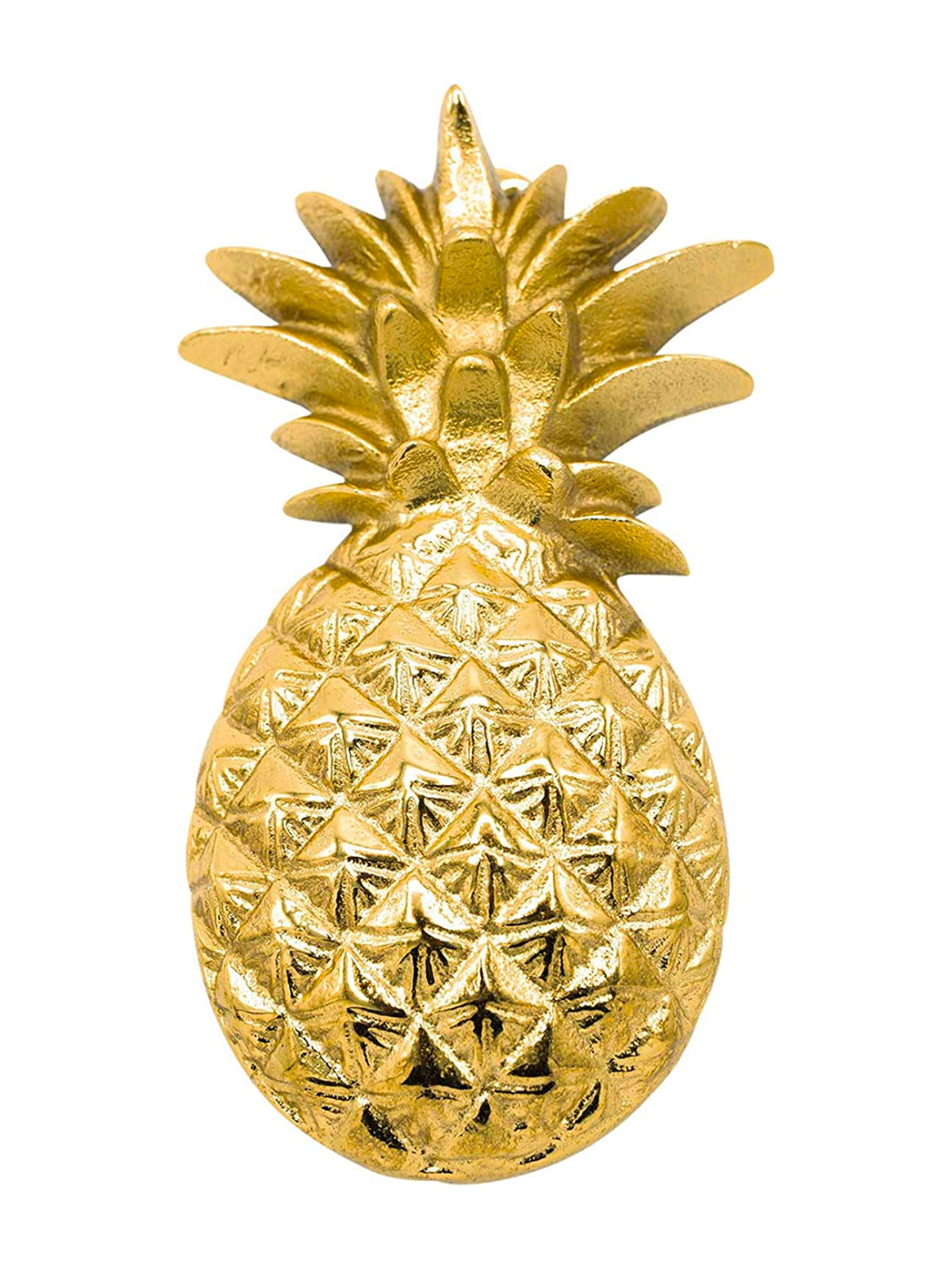 Hand-shaped door knockers have long been symbolic door ornaments, considered to have originated in Muslim communities, the hand symbolizes the Hand of Fatima, which is used as a sign of protection. The practice extended across the world and the Lady’s Hand Door Knocker now largely symbolizes protection from evil. Deck out your door with this feminine and classic door knocker and entertain your guests with the history of the symbol.

This Vintage American Eagle Door Knocker is a twist on the basic door knocker shape, affixing a sculpted eagle on the top. It gives a bit more interest to the door. Pick up a used door knocker for a truly antique look. 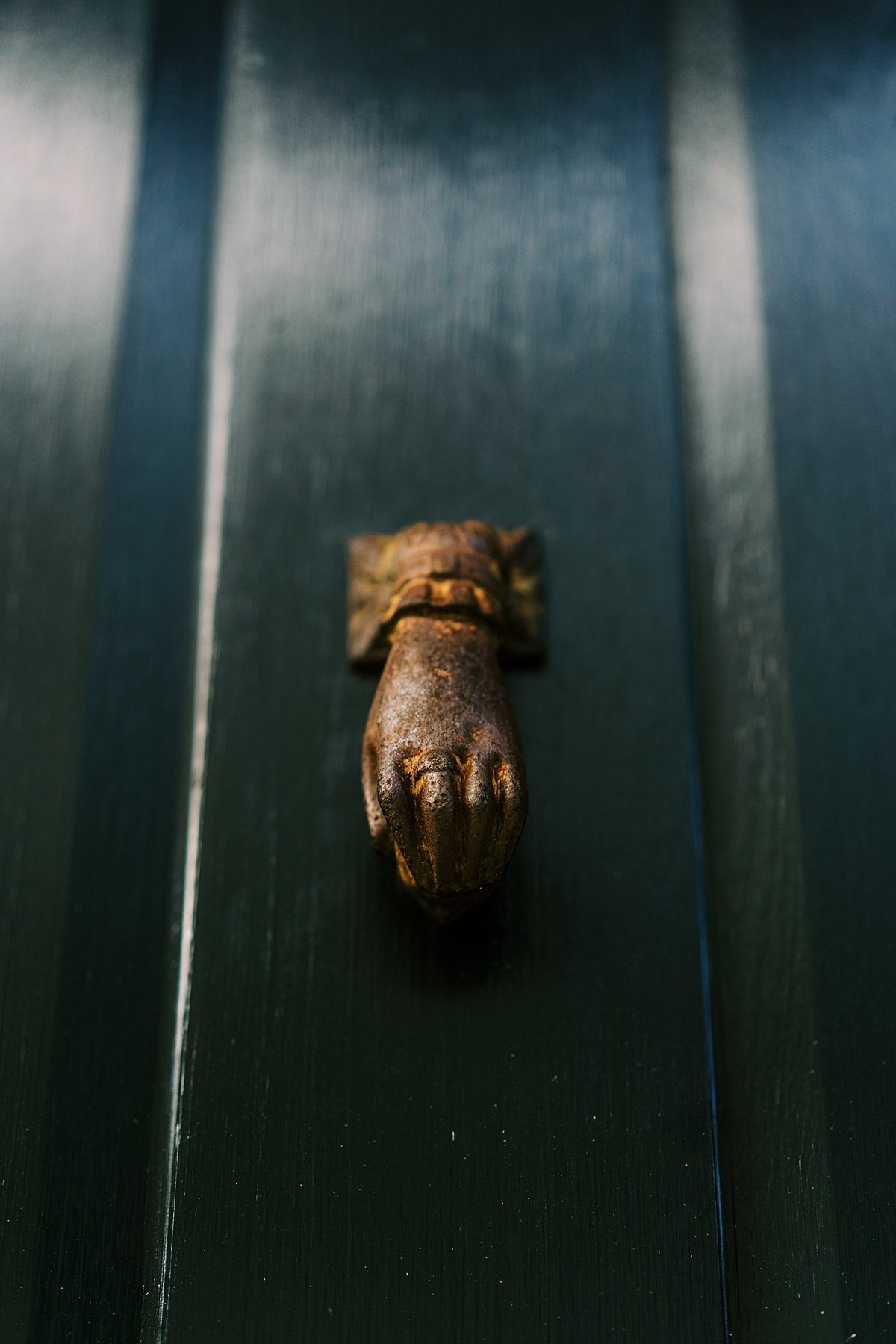 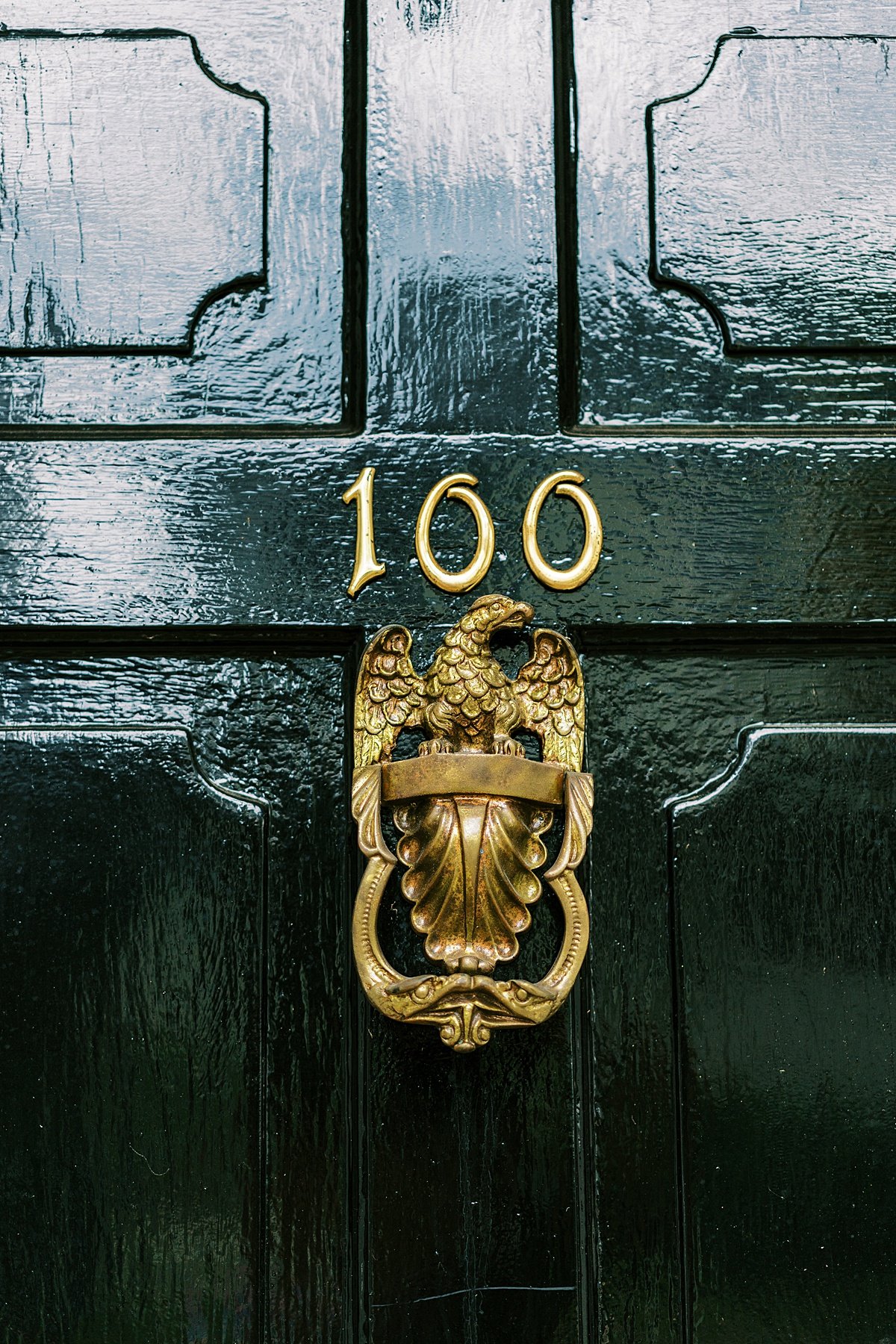 Lately, I can’t get enough of oyster patterns and oyster-themed decor. Between ornamental oyster plates, oyster art and this American Oyster Door Knocker, there’s just something so effortlessly coastal about it. The oyster hasn’t been as overused as an anchor or a shell. They are still great ways to incorporate nautical vibes into a space, but the oyster is a bit more unique. The texture of the oyster shell totally comes through in this door knocker!

Adorn your door with this peaceful lady’s face. The Goddess Door Knocker is another classic style of ornate door knocker. The serene, sculpted face only gets better with time, and the brass will age nicely. It’s a great way to add personality and a vintage aesthetic to your entryway! 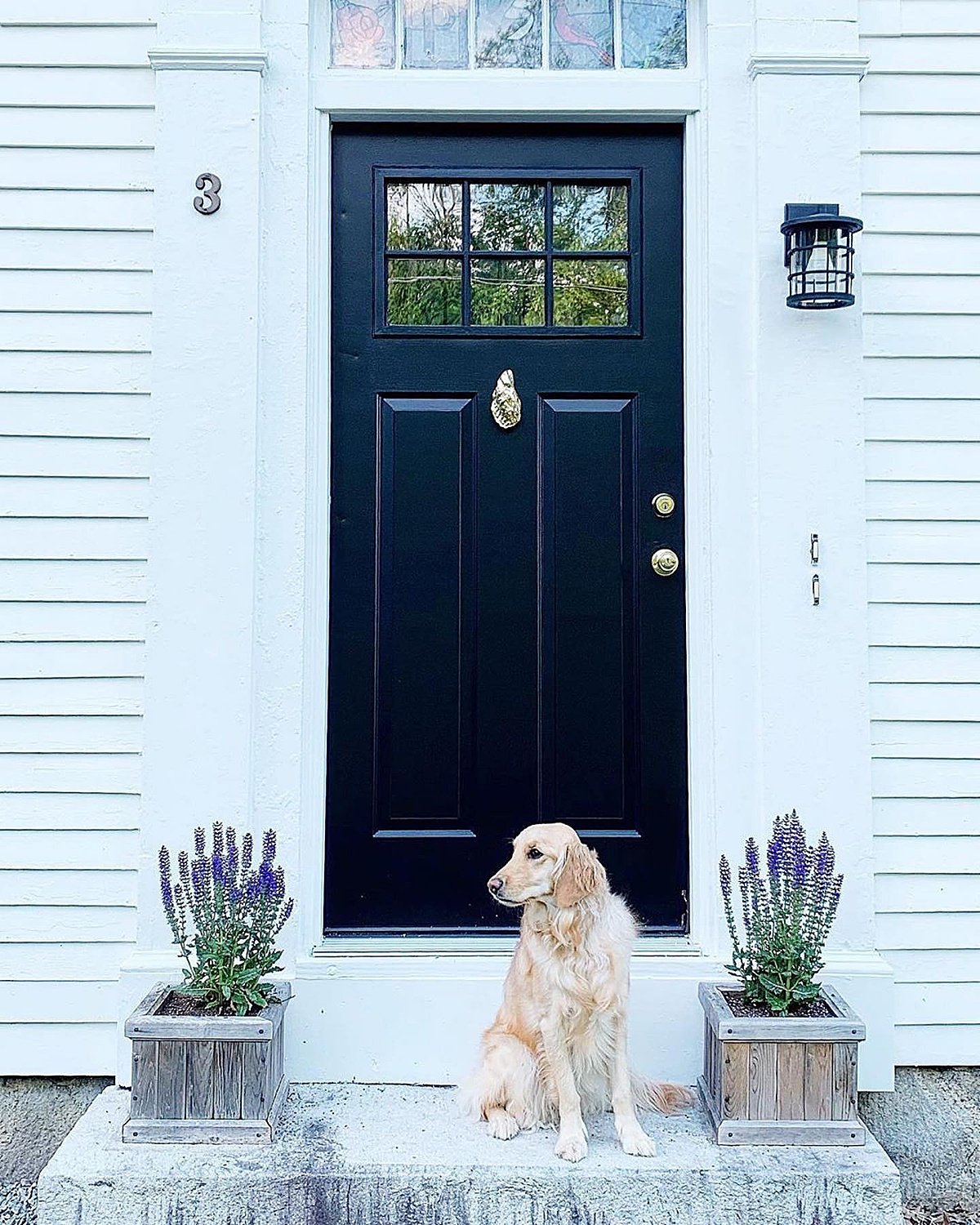 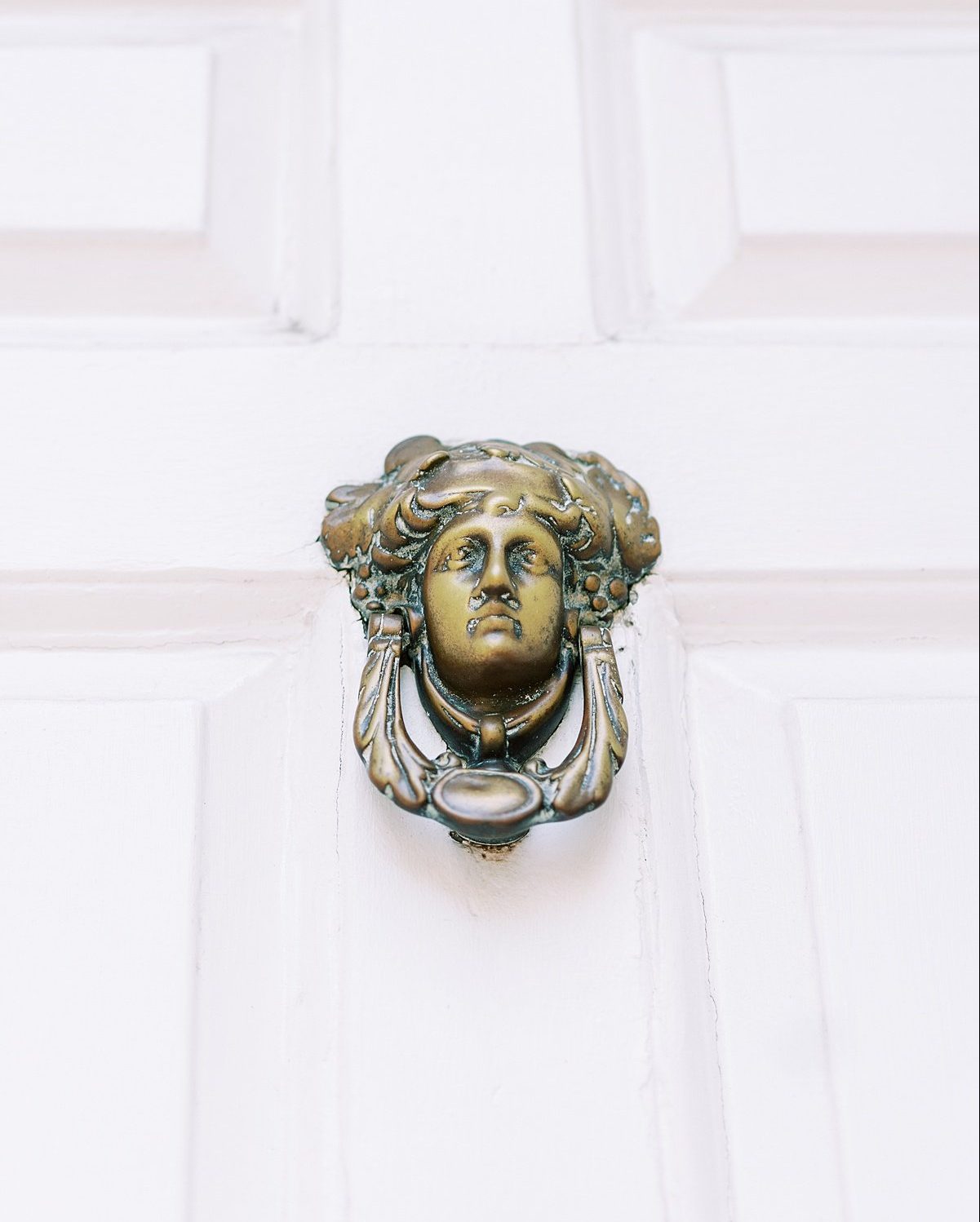 Mostly to be found on countryside doors, the influence here comes from hunting. Foxes represent shrewdness, and door knockers of this design are mainly favored by the hunting scene. Whether you opt for the classic fox’s head or the whole fox itself, a Fox Door Knocker adds a cunning touch to your front door. This classic American design can be found all across the country and is equally suitable for a cottage or a country manor. 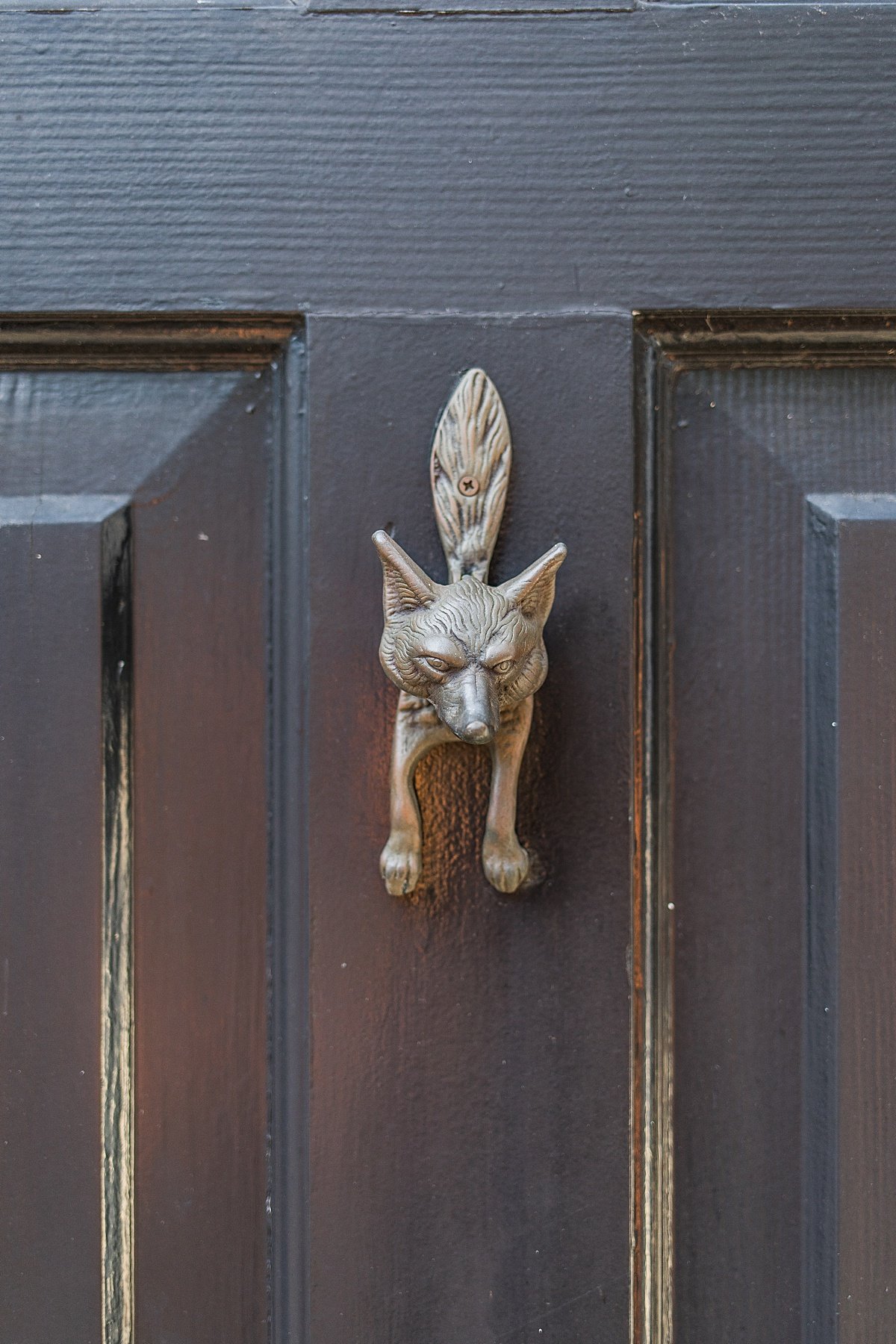 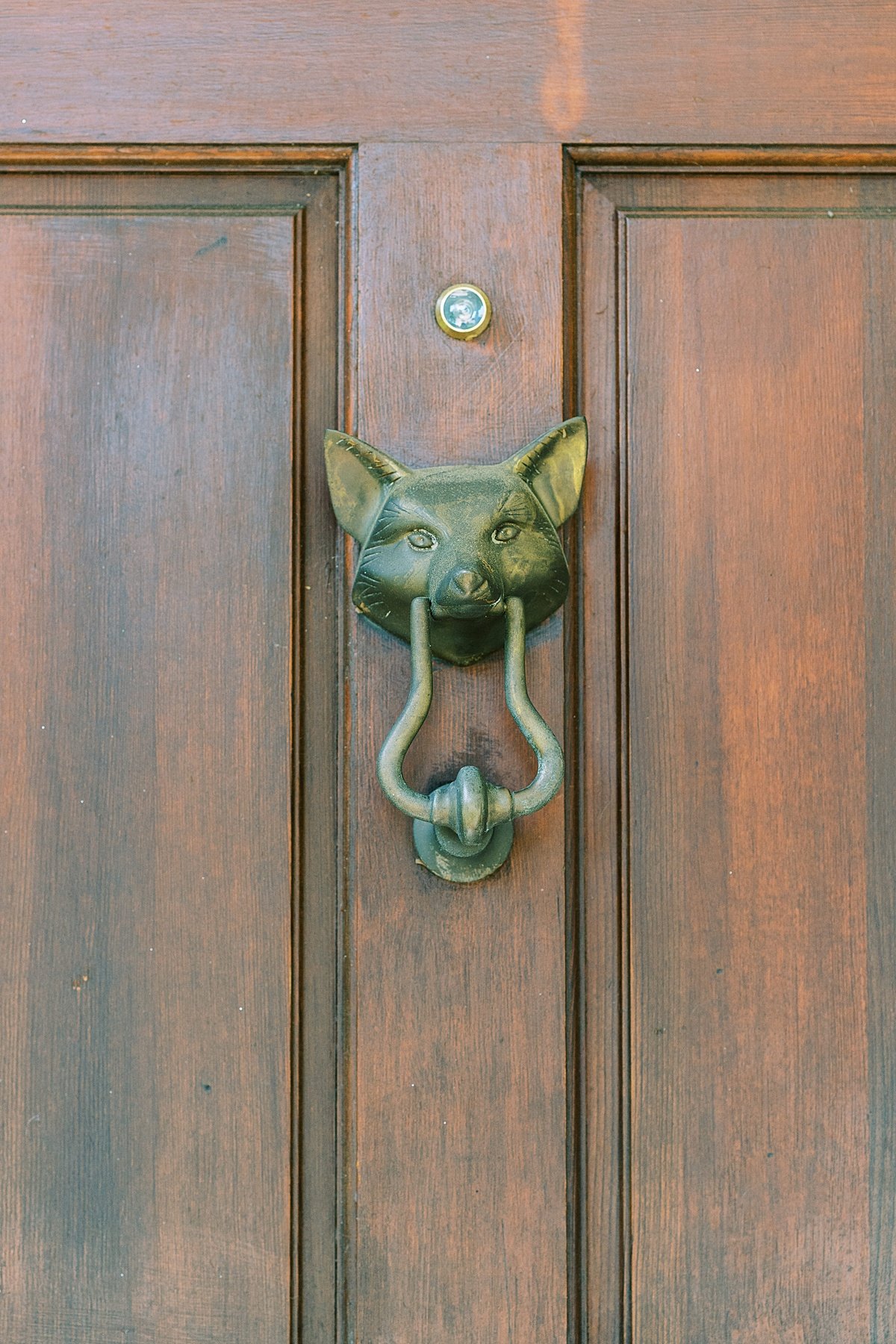