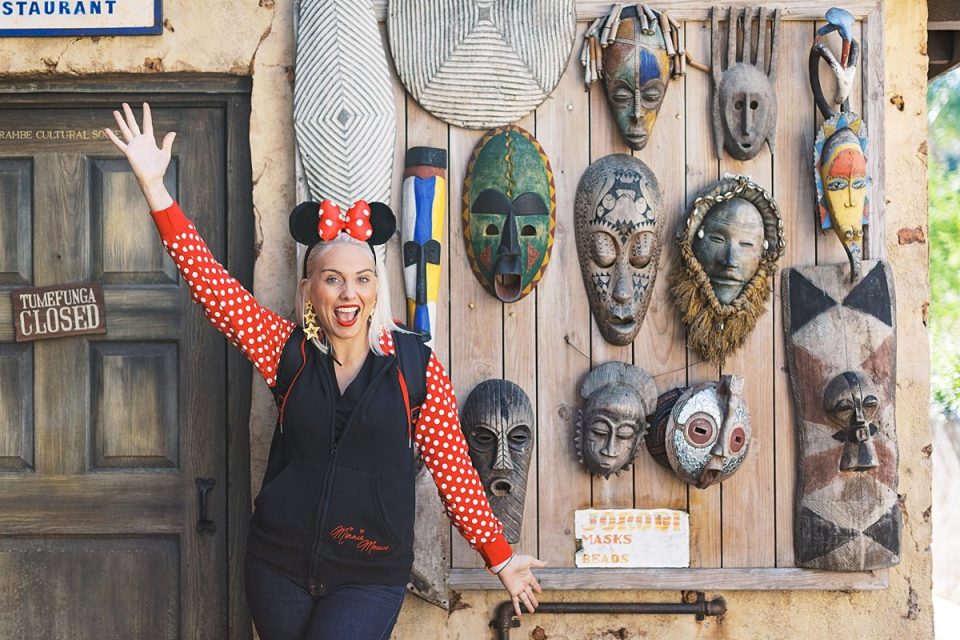 Top 8 Things To Do At Animal Kingdom

Jambo Y’all! In this guide, I will give an overview of my 8 favorite attractions at Disney’s Animal Kingdom. This park showcases nature, animals, and adventure. Make sure to spend at least a day exploring all 6 of the Animal Kingdom’s lands: Oasis, Discovery Island, Africa, Rafiki’s Planet Watch, Asia and DinoLand, U.S.A. From sun up until well after sun down, you’re going to have a wild time here. It’s by far the best park for little kids. The lines tends to be shorter and there is plenty of shade. While you are here you’ll be able to meet all your favorite Disney characters like in the other parks but in Animal Kingdom the animals really are the stars. With so much flora and fauna in this Walt Disney World theme park, it may come as a surprise that Animal Kingdom has four thrill rides. Grab a glass of Jungle Juice and enjoy!

Harper LOVES doing character meals! Unfortunately sometimes the food can be subpar. But that isn’t the case at the Tusker House. When it comes to food, Tusker House is difficult to beat. Tusker House routinely receives acknowledgement as one of the best theme park restaurants in the world. This is our favorite character meal in Walt Disney World. Now every trip to Animal Kingdom starts with the Tusker House Character Breakfast. Tusker House is an All-You-Care-To-Enjoy (AYCE) restaurant. The theming at Tusker House is top notch and it is located in the Africa section of Animal Kingdom Park, in the village of Harambe. You’re looking at a 10-minute walk from the front gate to the restaurant. Make sure to allow for this extra time. The restaurant actually looks like a weathered marketplace you might find in Africa. It is really close to Kilimanjaro Safari so we usually schedule that as our first FastPass+ before breakfast. Then we make a 10:45AM reservation for breakfast. By making the later reservation, you get a selection of breakfast and lunch items which include spit-roasted bone-in ham, scrambled eggs, bacon, assorted fruits, ham and cheese frittatas, warm cinnamon rolls, tabouli and hummus dips, basmati rice and curry chicken, peri peri whole salmon, and more! There are simply so many choices that even if you have just a little of everything, you’re likely to be full after completing your first “round.” My favorite buffet item? The famous Mickey waffles of course! For dessert I love the banana bread pudding. All meals come with coffee, tea, milk, juices, and their signature drink: Jungle Juice! Y’all the Jungle Juice is my absolute favorite. It is a mix of passion, orange, and guava juice and it is so yummy and refreshing. Another tip is if you really want to get into the Park early (and you don’t have an Extra Magic Hour) you can make reservations for breakfast at 8 a.m. and schedule your FastPass+ for Kilimanjaro Safari around 9:15 a.m. When you arrive at Tusker House, you’ll need to check in with the cast member at the host desk. It looks like a bar. The highlight of Tusker House is of course the character greetings. Donald Duck and Daisy Duck are the official hosts, but Mickey Mouse and Goofy also make their rounds for pictures with guests. One of Harper’s favorite parts of the experience is when the kids join in on a little parade around the restaurant. If you go to Animal Kingdom, I highly recommend you start your day at the Tusker House! You can check out the full Tusker House menu HERE. 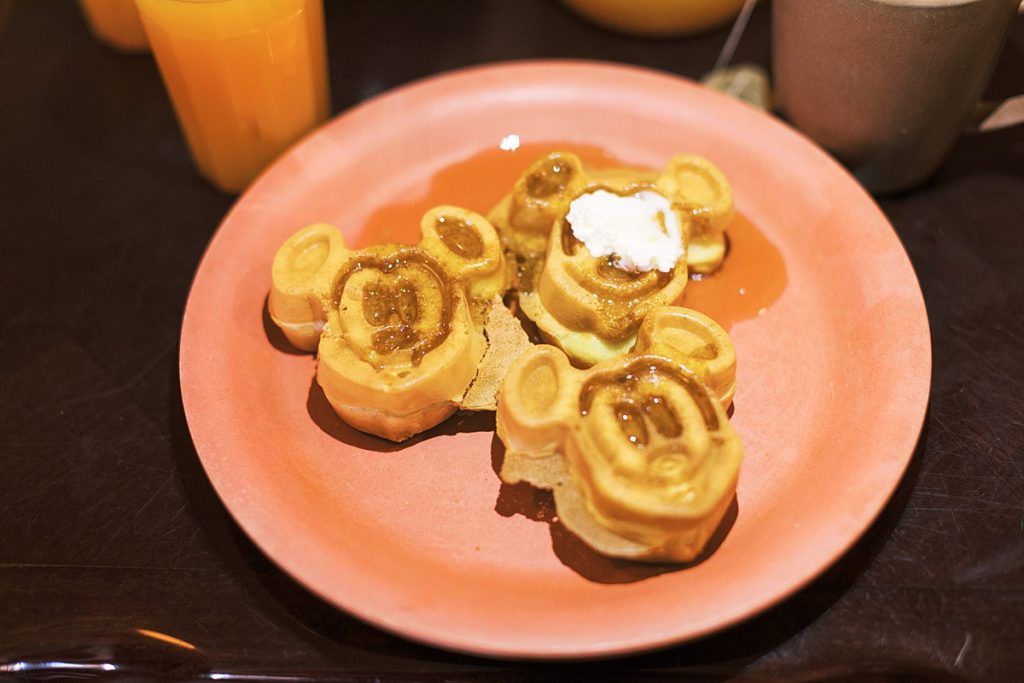 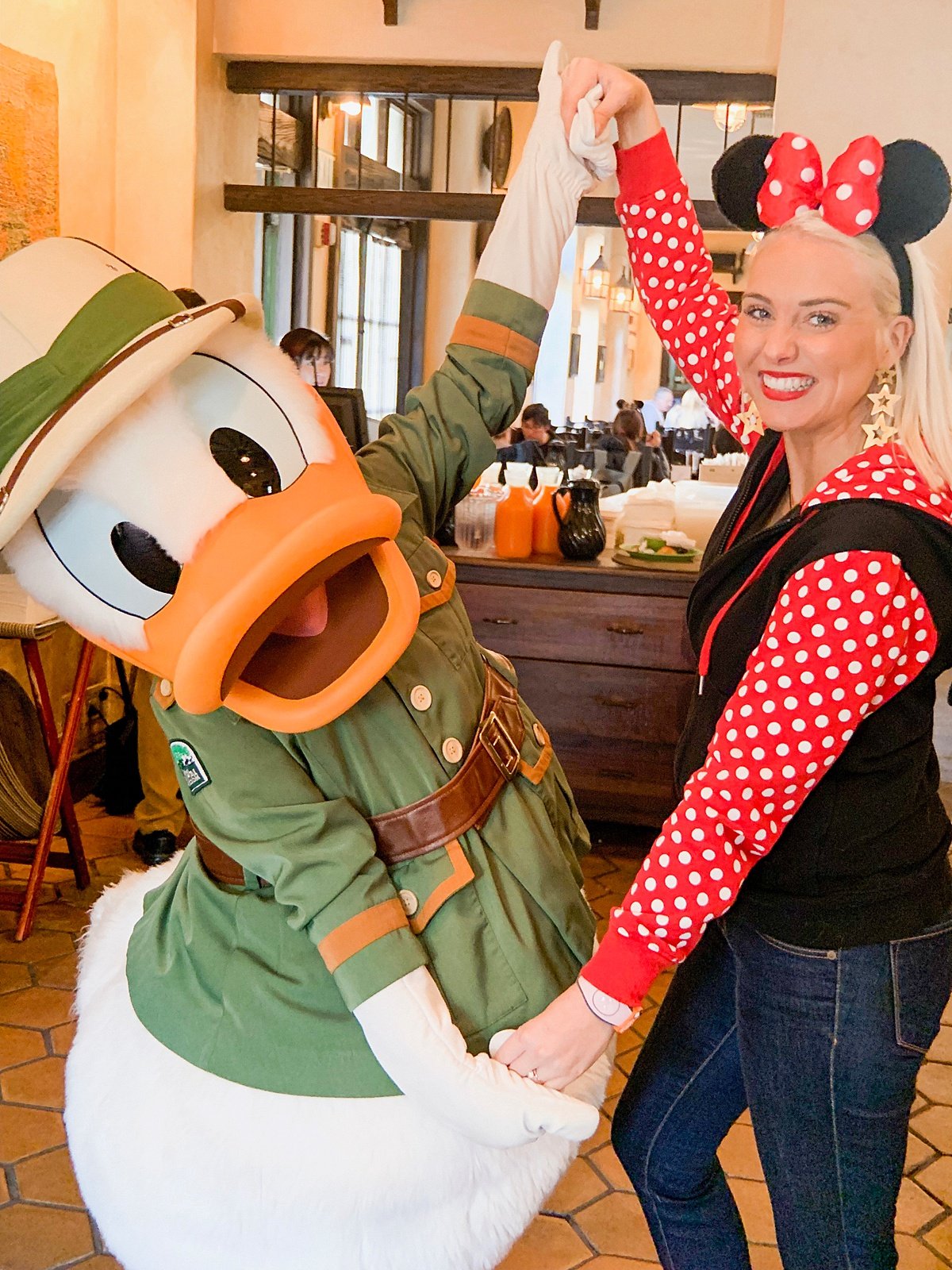 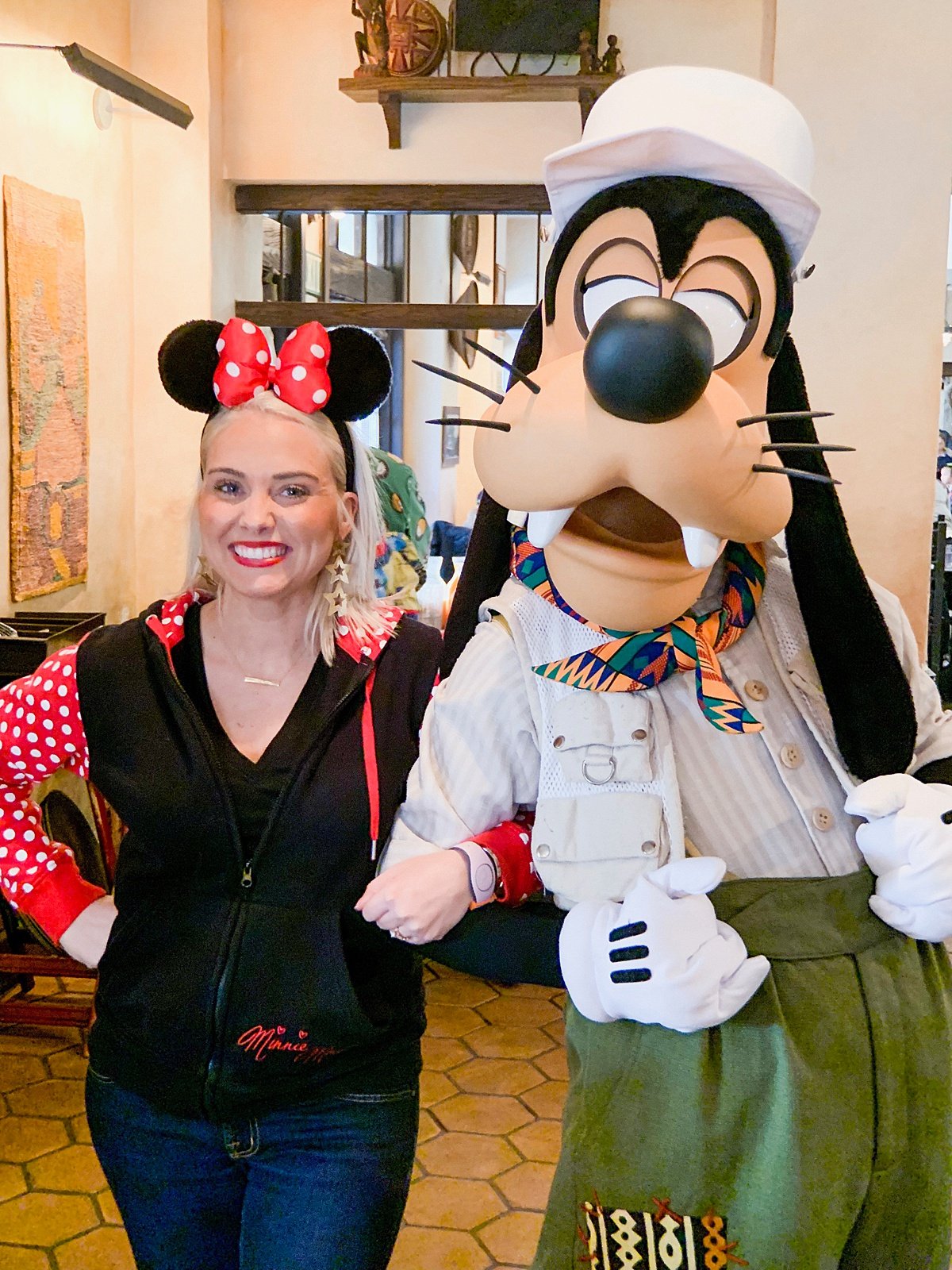 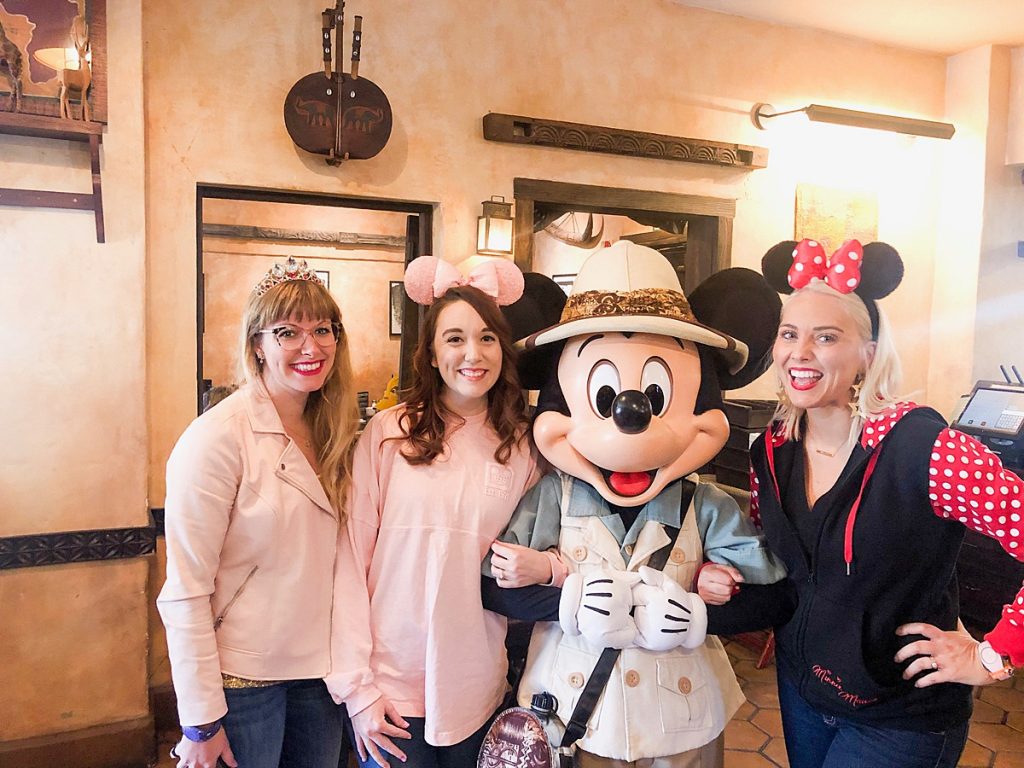 This experience can’t be missed. Kilimanjaro Safaris is one of our all time favorite attractions at Walt Disney World. Take off in an open-air vehicle for a guided tour of an African savanna—and spot live animals roaming free. There is no height restriction, so everyone can take a ride. Did you know Kilimanjaro Safari is the biggest Disney park attraction in the world? Kilimanjaro Safaris is 110 acres. You could fit the entire Magic Kingdom park in Kilimanjaro Safaris quite comfortably. We like to go on this adventure early in the mornings, just after Disney’s Animal Kingdom has opened, the animals seem to be out more due to the cooler temperatures. In addition, they are all grazing on their breakfast! The ride lasts about 22 minutes. You will travel through Africa in search of 34 different types of animals that include: White Rhinos, Nile Crocodiles, Hippos, African Elephants, Lions, Warthogs, and Giraffes. You can use a FastPass+ for this attraction and I recommend it to avoid the long lines.

3. Flight of Passage at Pandora:

Hands down, Flight of Passage at Pandora was the BEST RIDE OF MY LIFE. When we went on this ride for the first time I had no idea what to expect. I was kind of worried it wouldn’t live up to the hype. But let me tell you, it exceeded my exceptions. I still have not had luck getting a FastPass+ for this ride. But honestly, I would have no problem waiting 3 hours to get on. It is that good people. Flight of Passage uses both 3D and simulation, but is so unique and advanced that it’s changing the theme park game. For this ride, you go solo. While on the ride you experience the feeling of flight, with dips and tilts, and you also feel wind and water effects. At one point you feel as though the banshee is breathing underneath you! I was blown away by Flight of Passage and was literally speechless when I got off. Erik and I should stood there wide-eyed and in complete silence for a few minutes. Total shock and awe. Immediately we wanted to get back in line and experience it again. Do not leave the park without going on this ride.

This roller coaster journey through the Himalayas in search of a fabled mountain yeti. If at all possible, ask to sit up front. The views from the front of Expedition Everest are AMAZING. The ride starts innocently enough with a pass through bamboo trees and ferns filled with twittering birds. The train climbs the lift hill and passes a huge yeti mural etched into the rock wall. The train takes a small dive into the mountain, emerges to the sight of twisted, impassable track, and stops on the incline. The Yeti, apparently pissed off by the violation of his sacred ground, unleashes his wrath on the explorers. With nowhere to go, the train hesitates, shudders, and proceeds backward into the mountain. This is where Expedition Everest gets wild. It reverses direction and races backwards (in the dark, no less). Did you know that Expedition Everest is the first Disney ride to go both forwards and backwards? If you love a good, fast, and thrilling ride, this is IT. This attraction offers FastPass+ and I highly recommend it because there are often long lines. 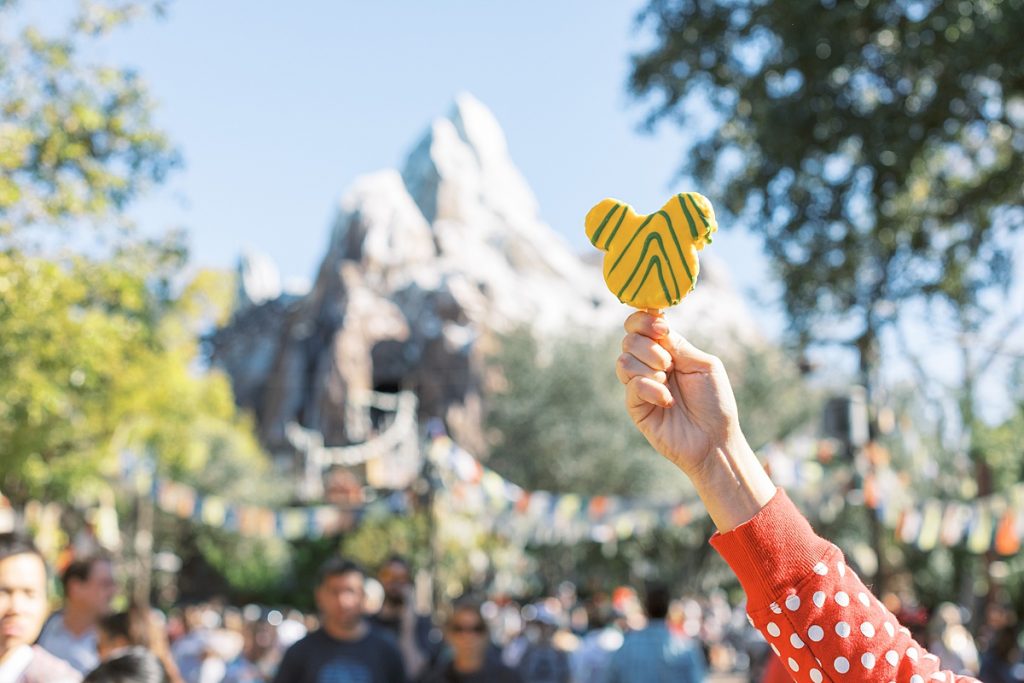 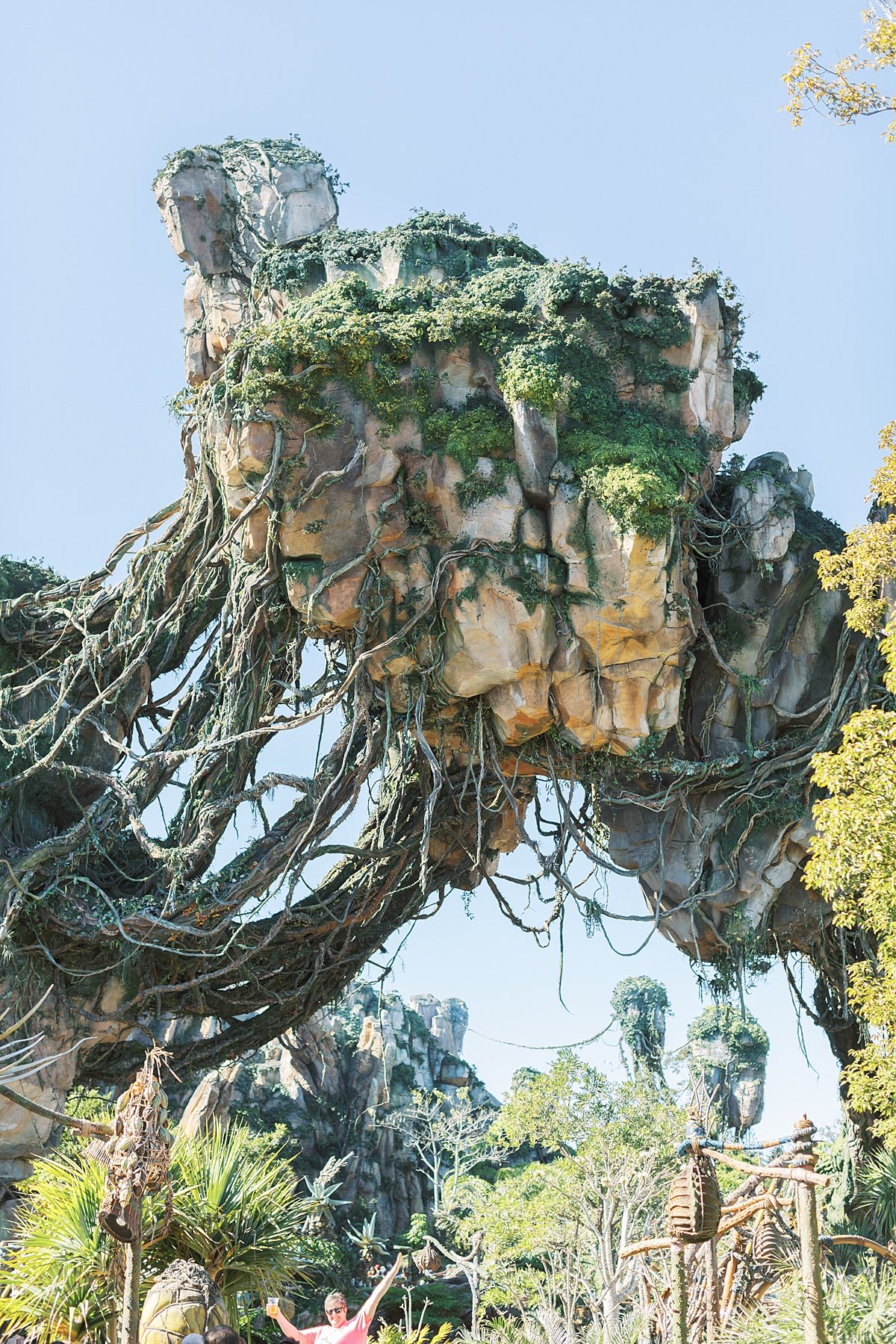 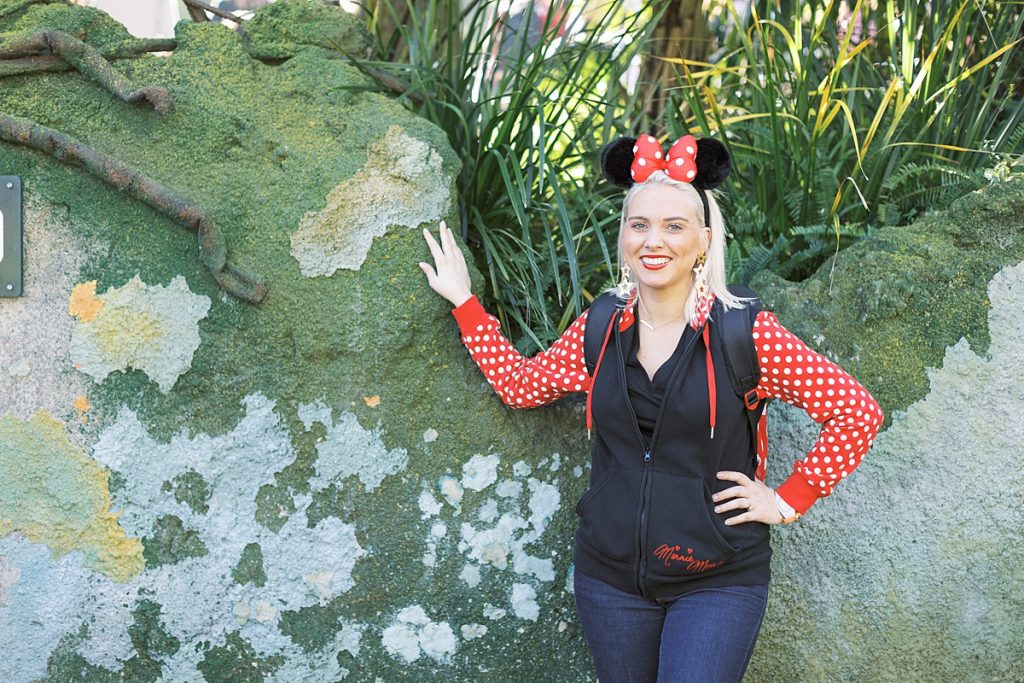 Get ready to get wet on the ripping rapids of the Chakranadi River! Kali River Rapids features rip-roaring rapids, water-shooting elephants, and large drops that not only make this one of the best rides at Animal Kingdom. This whitewater raft adventure is best on hot summer days. Make no mistake with this one, you are absolutely going to get wet, you might even get soaked. If it is chilly outside, we throw on ponchos to protect us from the water. Consider using your FastPass+ for this ride, there is usually a long wait.

6. Festival of the Lion King

Make sure you make your way to the Harambe Theater for Festival of the Lion King  which is part stage show, part parade, part circus. You will be treated to 30 minutes of a variety of some of Disney’s best entertainment in this celebration. Simba, Timon, Pumbaa (my personal favorite) and all of your favorite Lion King characters are the stars of this amazing soulful and acrobatic live show! Zany trampoline acrobatics are supplied by the Tumble Monkeys. Plus you get to hear all of your favorite songs from the movie, including Hakuna Matata, and Just Can’t Wait to Be King.

Finding Nemo – The Musical gives guests the chance to be immersed in the story of Marlin and Nemo through the combination of puppets, dancers, acrobats and animated backdrops. It’s performed in the now enclosed Theater in the Wild in DinoLand U.S.A. This show lasts approximately 30 minutes and is performed at several, scheduled times each day. You will enjoy extraordinary live musical performances, delightful puppets, wondrous underwater special effects and sophisticated digital backdrops of the undersea world. It features on-stage human performers retelling Nemo’s story with colorful, larger-than-life puppets. I highly recommend building time for Finding Nemo: The Musical into your schedule. It makes a great break in your hectic theme park day (let’s be honest, any time sitting in an air conditioned room feels like heaven on a hot Florida day) and it is an incredible show.

On Na’vi River Journey you will take a mystical journey by boat deep into Pandora’s glowing bioluminescent rainforest. Imagine something like the It’s a Small World attraction, only WAY cooler, and you’ll get a sense of what the Na’vi River Journey is like. Passengers sit back, relax, and take in all the beauty of Pandora at night. You will float down the river looking at plants and other creatures featured in Avatar. After getting a chance to witness nearly all of Pandora’s various lifeforms, guests are treated to a magical ending: watching the Shaman of Songs radiate positive energy out into the heart of the forest. 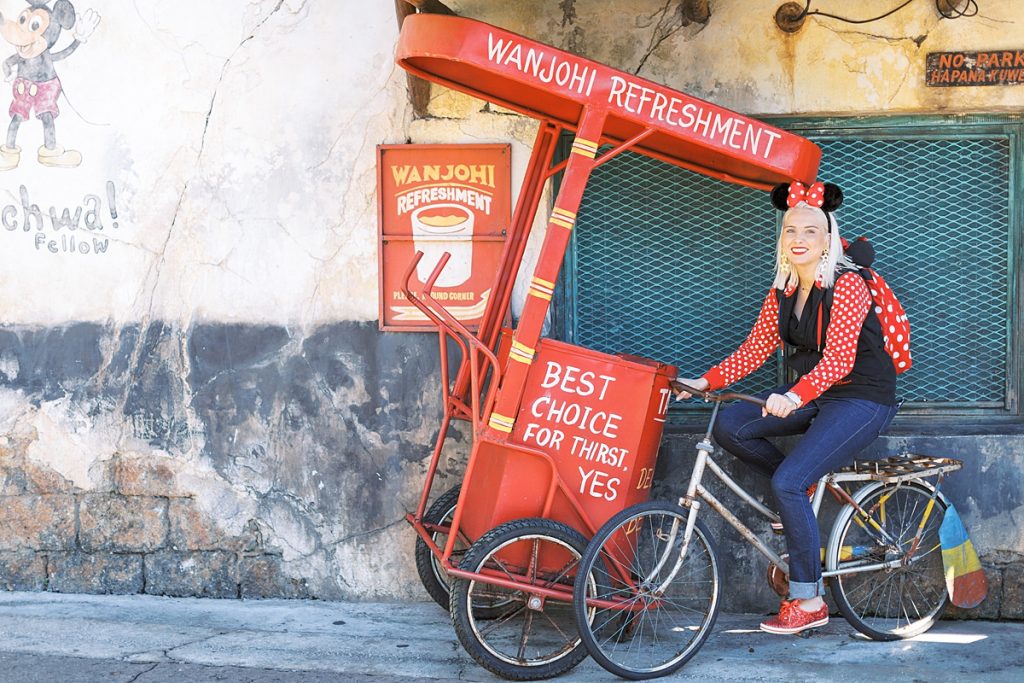 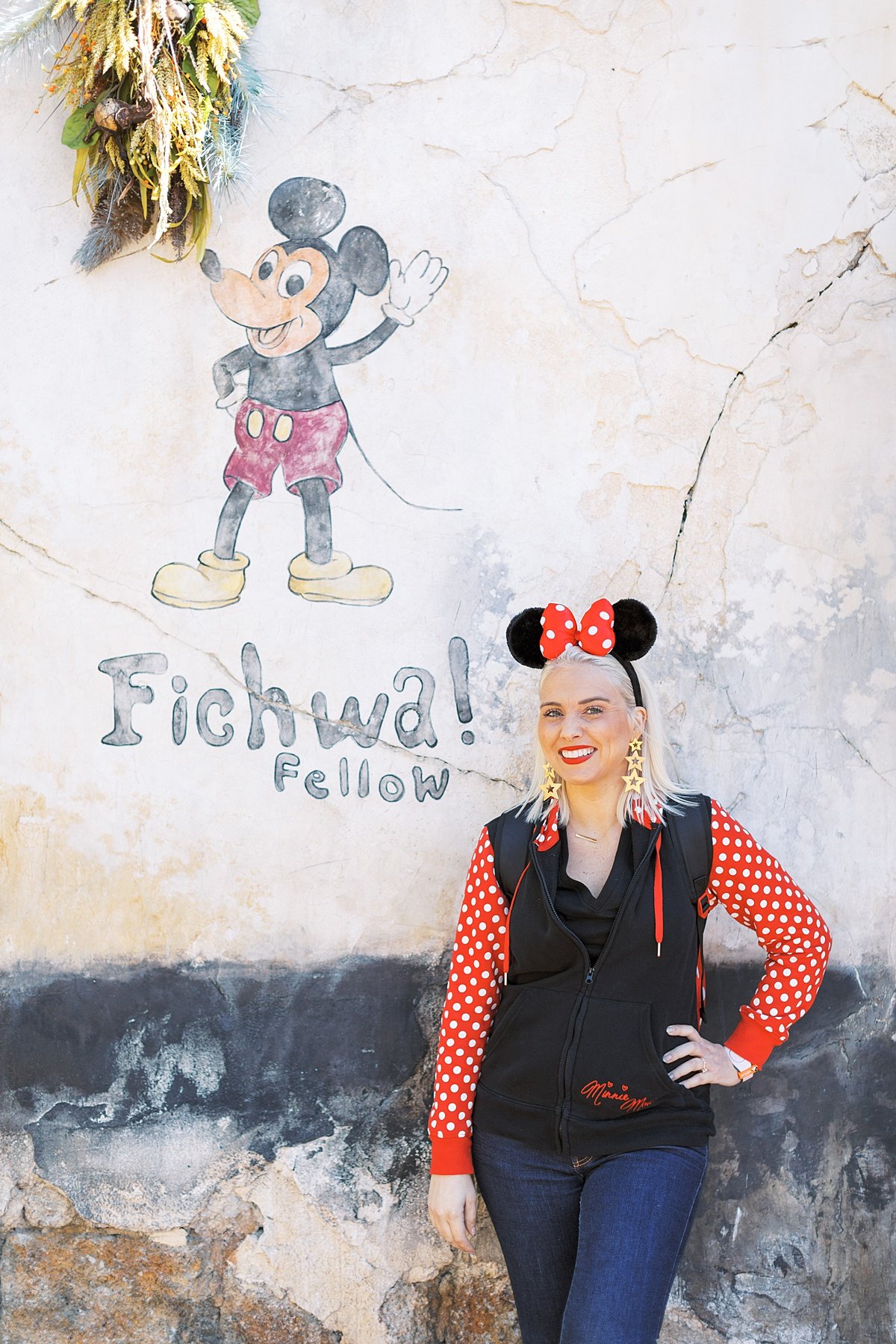 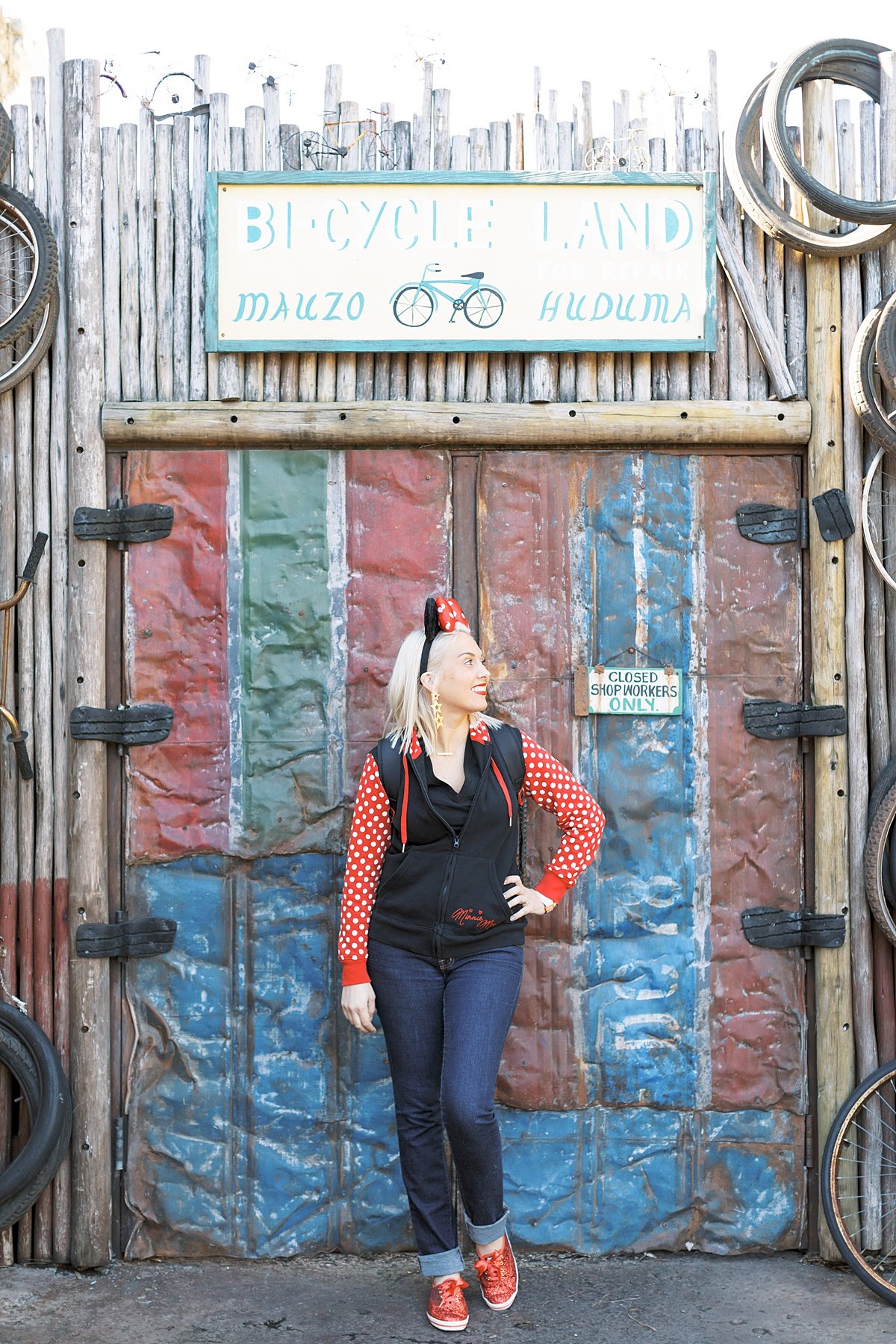 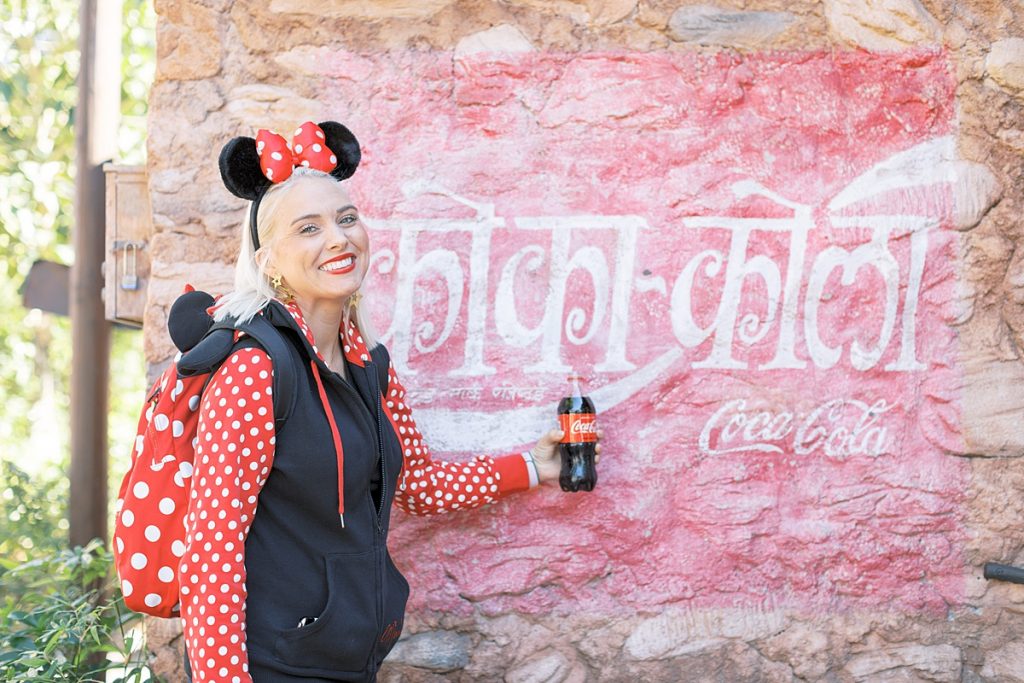 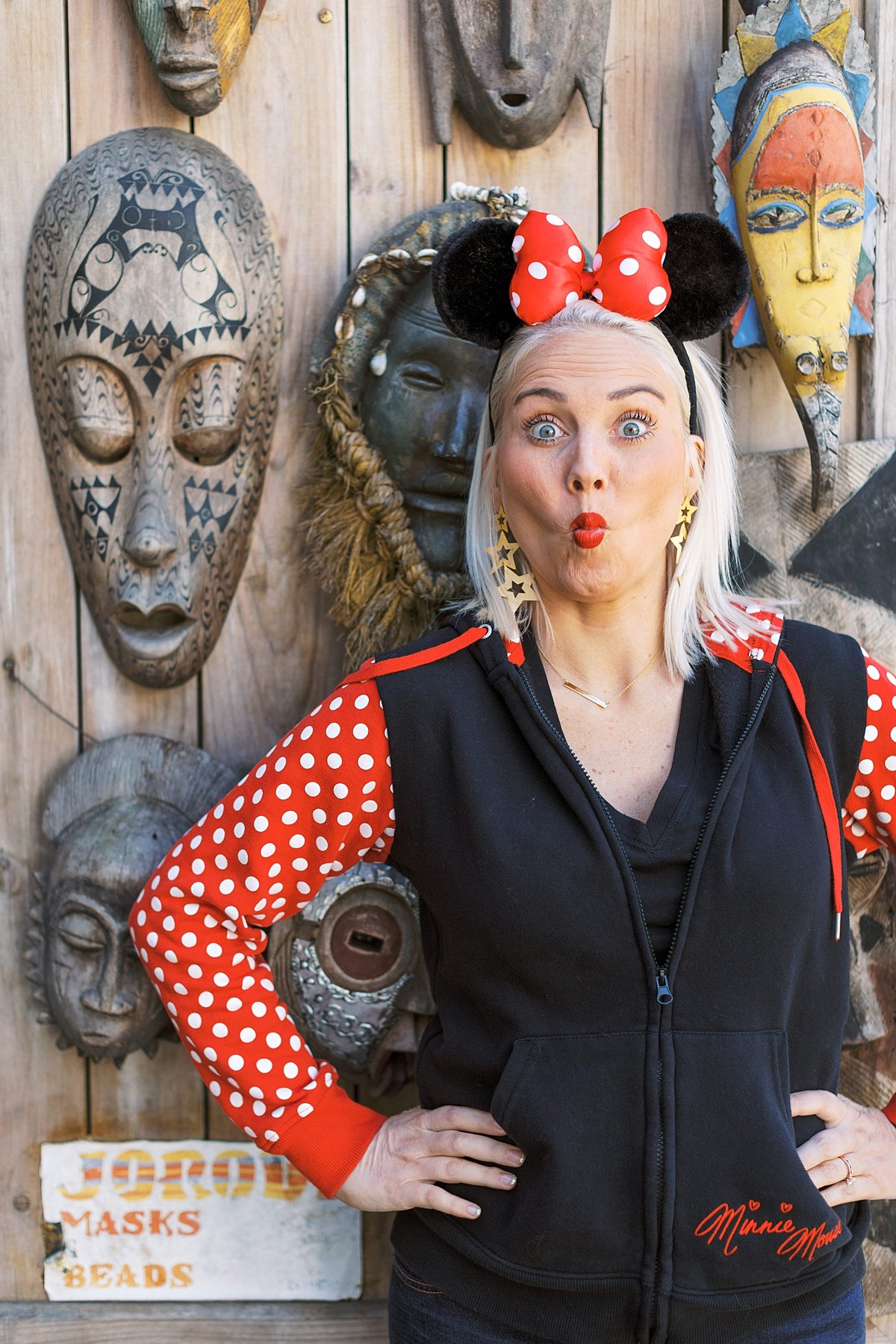 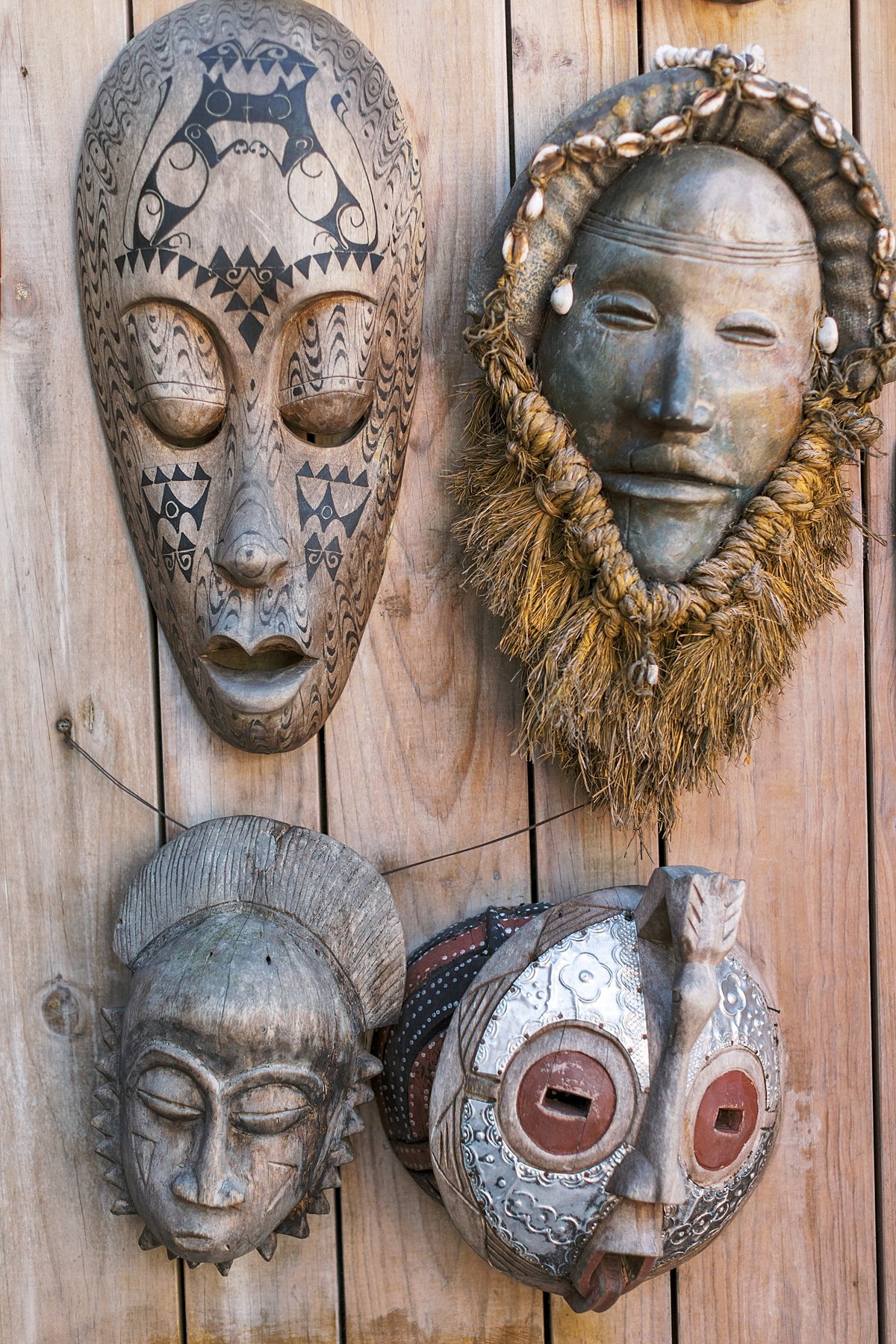 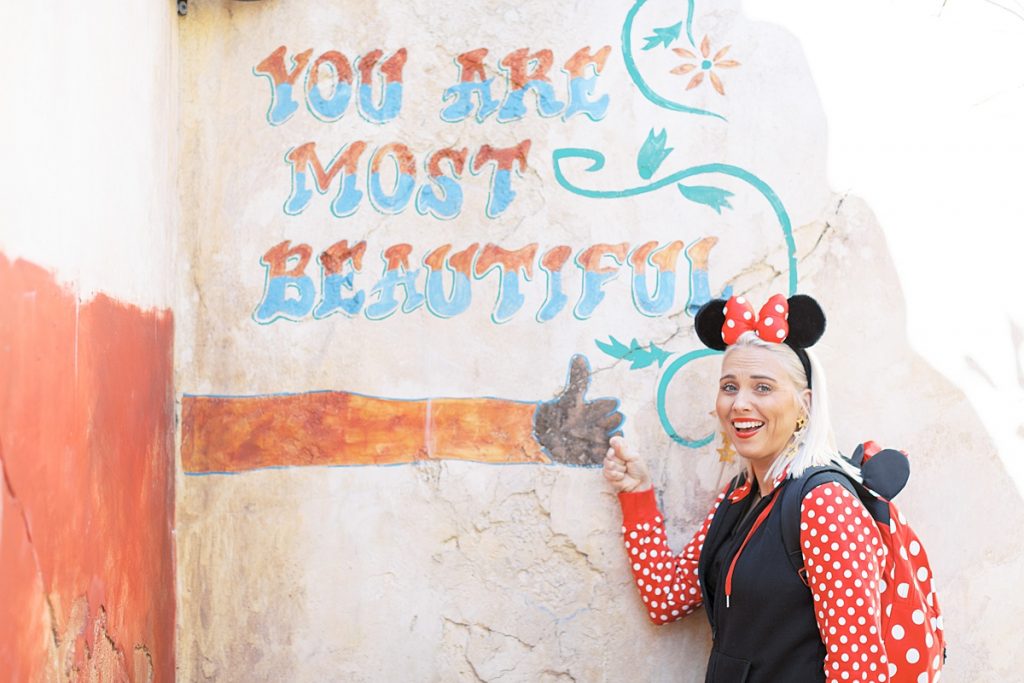